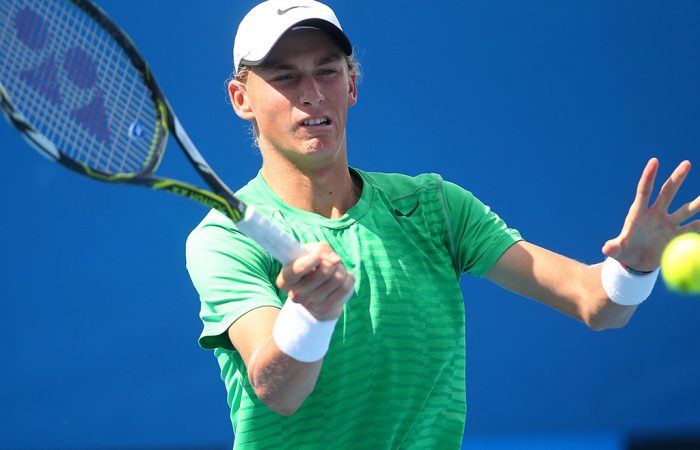 World No.762 Max Purcell has stunned even himself to win the ATP Challenger title in Gimcheon, Korea at the weekend.

The 18-year-old overcame injured compatriot Andrew Whittington in the final, a victory which will see him leap almost 400 places in the ATP rankings.

He had earlier won two matches to qualify for the main draw before winning his next five, including an opening-round upset of No.4 seed Luke Saville.

It is the first professional title of Purcell’s career at any level.

The Sydneysider becomes the second lowest-ranked player to win a Challenger title since the year 2000; the lowest was Czech Petr Luxa back in 2002.

Another Aussie teen, Blake Mott, won his first Challenger title earlier this season in Launceston as the world No.721.

“I wasn’t expecting this coming in, but I’ve played much better than in the Futures events before this.

“It’s great here in Gimcheon. The facilities and service are all well managed and it’s far better than at other tournaments I’ve played.

“I’m just trying to get better little by little each day. I’m trying to be more professional in taking care of my body and stretching before matches, and then also playing with more confidence on the court.”