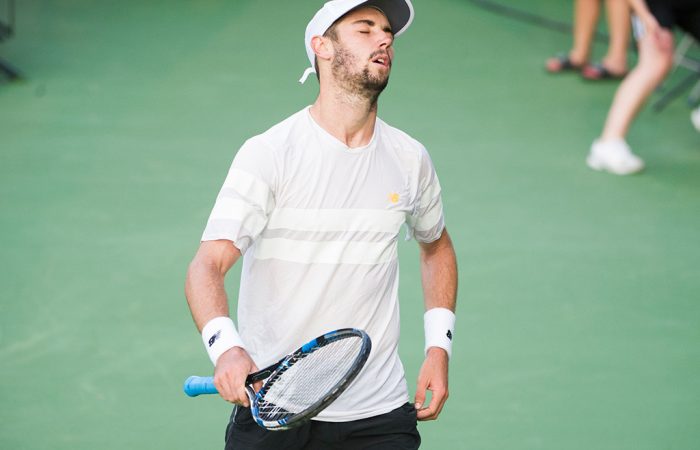 Sam Groth has been bumped from the first round of the Citi Open in Washington, losing a tight clash 7-6(3) 7-6(5) to American Brian Baker.

Later on Tuesday in the American capital, Jordan Thompson fell in a third-set tiebreak to 11th seed Alexandr Dolgopolov.

In the second-round clash, Thompson did well to insert himself back into the match in the second set, but after falling behind 4-1 in the final tiebreak, he was unable to recover.

Groth was dominant on his own serve, but unable to break Baker’s.

The Aussie sent down 18 aces – double Baker’s tall – and did not face one break point in the match, yet won just 22 points on return of serve.

It continues a horror year for 28-year-old, whose tour-level main-draw record has now dropped to 4-14; he has also fallen 101 places in the rankings since August last year and now sits at No.154.

Fellow-Australians John Millman, James Duckworth and Jordan Thompson each progressed to the second round of the tournament on Monday (Tuesday AEDT), while Bernard Tomic had a first-round bye.