Lleyton Hewitt and fellow Aussie Jordan Thompson have produced a comeback for the ages to win a titanic first-round doubles match at Wimbledon. 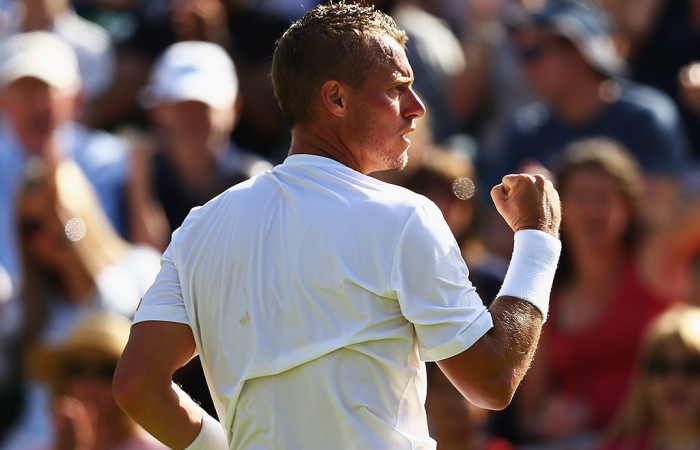 Lleyton Hewitt’s Wimbledon comeback has produced an incredible first-round doubles victory – even by his fighting standards – in which he and Jordan Thompson saved a remarkable eight match points.

Due to the many rain delays this week – which have forced organisers to play on Sunday, the traditional rest day, for just the fourth time in history – the men’s doubles matches have been reduced from five to three sets for the first two rounds.

But Hewitt, a player of renowned fighting qualities and a long history of five-set battles, insisted on giving fans a match of epic proportions regardless.

“Was it eight match points? We were talking about it after the match. I knew there was quite a few, but I lost count,” Hewitt said.

“It was more that we just kept focusing one at a time. We couldn’t do much else.”

When asked if it made him miss professional tennis, Hewitt – who retired in January – replied: “Probably glad I have (retired).”

Thompson was revelling in having tasted victory on the famous Wimbledon grass for the first time.

“It was unbelievable to play with Lleyton in the first round of Wimbledon, and to win 19-17 in the third set was incredible,” he said.

In a testy match, the Spanish pair argued relentlessly with the chair umpire, and attempted to have crowd members removed by security.

Hewitt admitted the crowd were particularly rowdy but didn’t feel anyone overstepped the mark, and suggested Almagro’s repeated protests were more tactical than legitimate – arguing that they surfaced during pivotal points in the match to disrupt the Australian pair’s rhythm.

“I didn’t know what was going on. ‘Nico’ was obviously into the crowd from pretty much the first thing today,” Hewitt said.

“We tried to stay out of it as much as we could and then we felt like we didn’t really cross the line at all out there and it turned quite confrontational.”

Hewitt and Thompson could potentially face 2014 Wimbledon champions Jack Sock and Vasek Pospisil in round two, if the No.8 seeds can get past French duo Tristan Lamasine and Quentin Halys in their opener.