After a tight tussle on No.1 Court against Feliciano Lopez, Nick Kyrgios will return to Wimbledon on Middle Sunday in a bid to secure a spot in the second week. 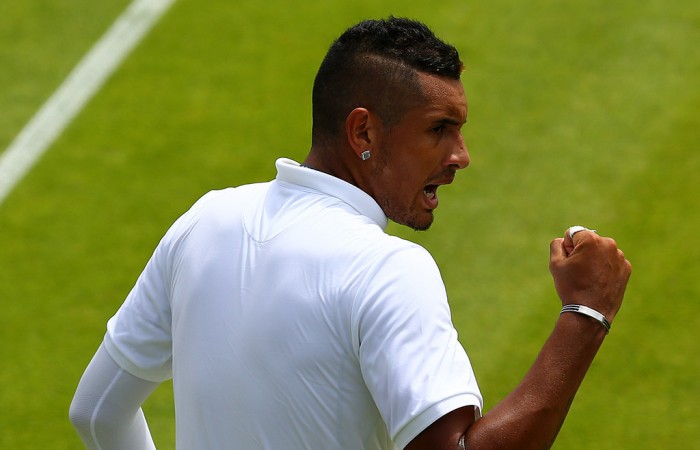 Late on Saturday night, darkness denied Nick Kyrgios a place in the fourth round alongside Bernard Tomic.

Australia’s big Wimbledon hope must return on Sunday after his third-round clash with Feliciano Lopez was suspended for the night locked at one set apiece.

Hoping to set up a last-16 showdown on Monday with new title favourite Andy Murray, Kyrgios won the first set 6-3 and dropped the second 7-6(2) in a tiebreaker before play was stopped.

Kyrgios required a medical timeout for a nose bleed during the first set, part of a tight tussle that unfolded on No.1 Court.

Murray is lying in wait for Kyrgios or Lopez after ending the run of fellow Australian John Millman with a clinical 6-3 7-5 6-2 win earlier on Saturday.

> TV Guide: find out where and when you can follow the action