Bernard Tomic and Matt Barton were locked in torrid battles at Wimbledon before the heavens opened over the All England Club last on Tuesday. 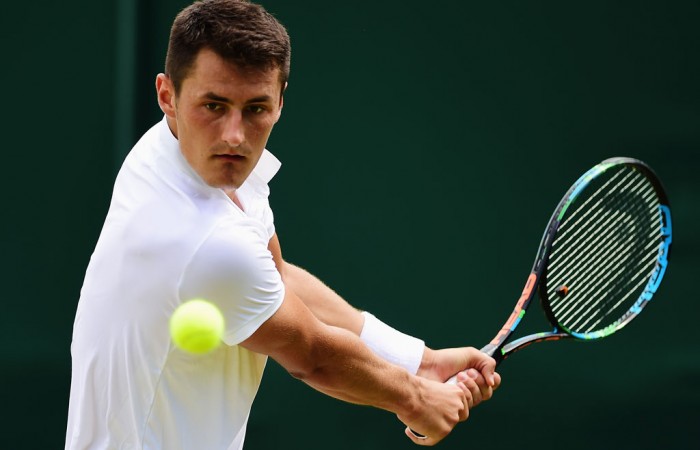 Rain has stalled Bernard Tomic’s push to join Nick Kyrgios and fellow Australians John Millman, Daria Gavrilova and Sam Stosur in the second round at Wimbledon.

Tomic was all locked up at two sets apiece – 4-6 6-3 6-3 3-6 – with Spaniard Fernando Verdasco when the heavens opened and forced the suspension of play at the All England Club late on Tuesday.