Fifth seed Kei Nishikori proved too strong for Australia's Sam Groth on No.1 Court on Monday at Wimbledon, completing a straight-sets victory. 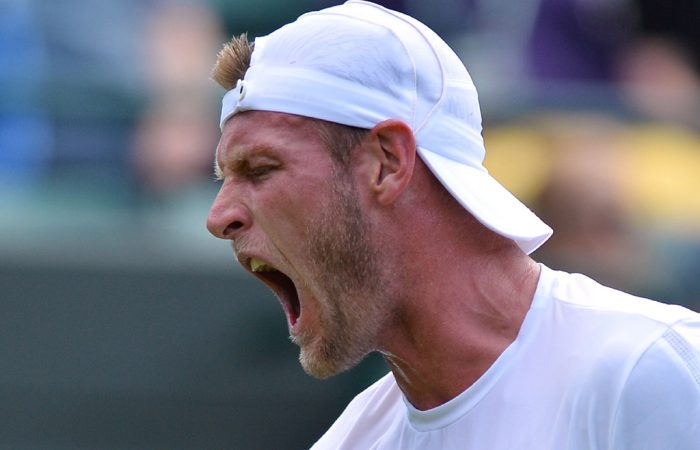 Sam Groth is in desperate fight to make the US Open main draw after his grand slam troubles continued with a tough first-round loss at Wimbledon.

Groth will tumble to 130th in the world after falling 6-4 6-3 7-5 to Japanese fifth seed Kei Nishikori in another luckless major campaign following losses to Rafael Nadal in Paris and Andy Murray in Melbourne.

The Newcombe Medallist following his outstanding performances in 2015, Groth rued being unable to capitalise on a rib injury that Nishikori sought treatment for mid-match.

“It was always going to be a tough ask,” Groth said.

“Especially knowing that he may have been under a little bit of an injury cloud, if I could have maybe built for 3-1 and held for 4-1, then maybe his rib gets a little bit sorer than it maybe was.

Groth’s woes began when he suffered a season-ending foot injury last October.Then long-time coach Ben Mathias, who also mentors Thanasi Kokkinakis, was no longer able to travel while Kokkinakis was rehabilitating in Melbourne from shoulder surgery.

“I just think I lost my direction with my game style a little bit,” he said.

“Just travelling by myself, I couldn’t work on the things I needed to work on.

He hired Jordan Kerr last month but, as Groth said, the pair are still working on their coach-player relationship.

Ranked a career-high No.53 in the world last year, Groth is vowing to fight back.

“I’m eight months now from where I was probably playing my best tennis last year, so I’ve got my work ahead of me.

“But I’ve got every belief that I can get back to where I believe I should be.”