After facing Andy Murray and Rafael Nadal in his first two Grand Slam matches of 2016, Sam Groth hopes for a kinder draw as he attempts to regain form at Wimbledon. 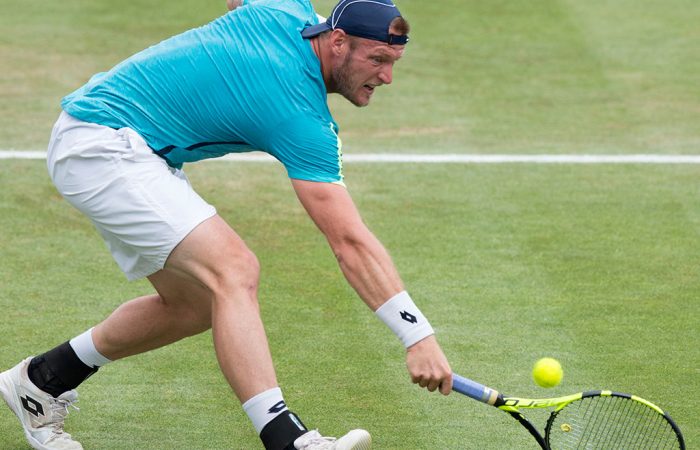 Sam Groth admits he could do with some luck from the tennis gods at Friday’s Wimbledon draw as he looks to emerge from his season-long slump.

The reigning Newcombe Medallist has arrived at the All England Club with a flagging ranking of No.123 in the world after managing just three main-draw wins in 2016.

Groth’s second-round qualifying losses at warm-up events at Nottingham and Queen’s are a far cry from last year when he was flying heading into the grasscourt Grand Slam.

Seven straight wins on his preferred surface preceded a career-best run to the third round at SW19, where he was only player to take a set off Roger Federer during the great Swiss’s march to a record 10th Wimbledon final.

“I would have liked my year to be a bit better,” Groth told AAP.

“This time last year I was doing great, but it is what it is.

“I would have loved to have been coming in on a similar wave to what I was last year but I’ve been playing okay and I’ll keep working and I feel I’m still a good enough player to be competing at these events.”

Groth only linked up with new coach Jordan Kerr after the French Open but is starting to feel more comfortable with the transition and it showed as he outgunned Federer’s Halle slayer Alexander Zverev in a practise set on Wednesday.

“It’s a special feeling walking through the gates at Wimbledon and the conditions here really suit me.”

But the 28-year-old knows he’s again very much at the mercy of the draw after being pitted against claycourt king Rafael Nadal in the first round at Roland Garros and striking four-time finalist Andy Murray in his second match at the Australian Open.

“So it would be nice to get a little more friendly draw here,” Groth said.

“There’s certain guys you don’t want to play on grass and, if you do draw a seed, there’s probably other guys you wouldn’t mind playing on grass.