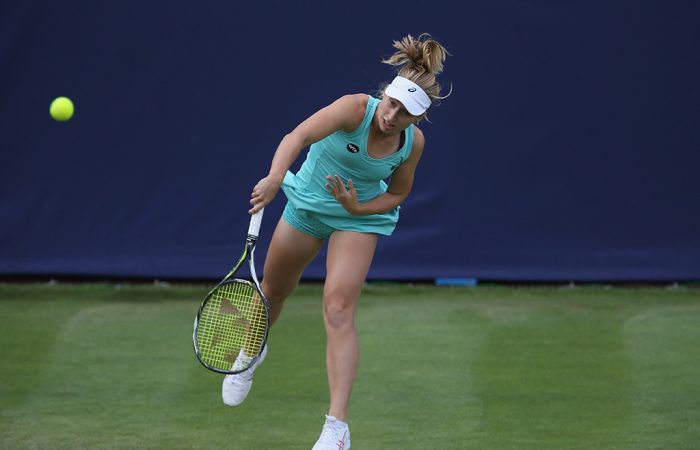 The Victorian world No.50 was leading reigning Australian Open champion Angelique Kerber 6-5 in the opening set of their second round match when play was abandoned.

The rain has returned ☔️

The pair will resume their match tonight.

The winner will then have to return later in the day for a quarterfinal match.

Their quarterfinal opponent will be either German Andrea Petkovic or Spaniard Carla Suarez Navarro. Petkovic will resume their second round match leading the sixth seed 6-4 6-all.