Barty through to Nottingham quarters

Ash Barty has continued her remarkable comeback on the lawns of England, overcoming Andrea Hlavackova to reach the WTA Nottingham quarterfinals. 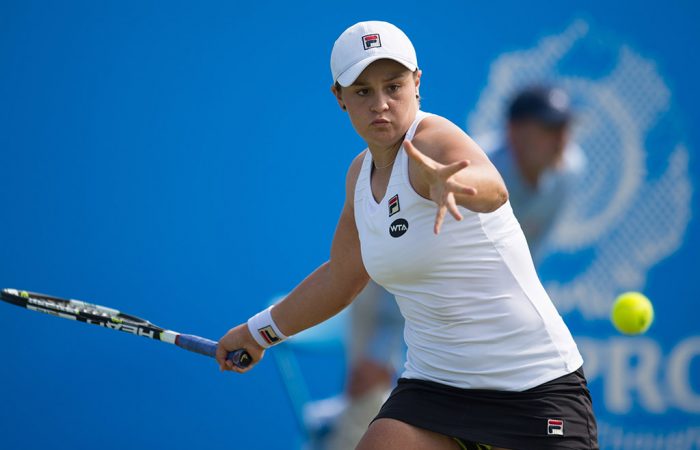 Ash Barty has beaten Czech Andrea Hlavackova to advance to the quarterfinals of the WTA Aegon Open in Nottingham.

She next faces top seed and world No.17 Karolina Pliskova.

Having qualified for the main draw, Barty is now on a five-match winning streak.

And her level in Nottingham is a continuation of her stellar grasscourt form since returning to singles competition at last week’s ITF $50,000 event in Eastbourne.

At both events, Barty won three rounds of qualifying, and went on to make the semis in Eastbourne; she has won 11 of her last 12 matches.

Prior to these grasscourt outings, Barty’s last appearance in singles came at the US Open back in 2014.

This is her first time appearing in a WTA-level quarterfinal in more than three years, after Kuala Lumpur in 2013.