After qualifying for the main draw in Nottingham, Ash Barty has won her first-round match with an impressive victory over Peng Shuai. 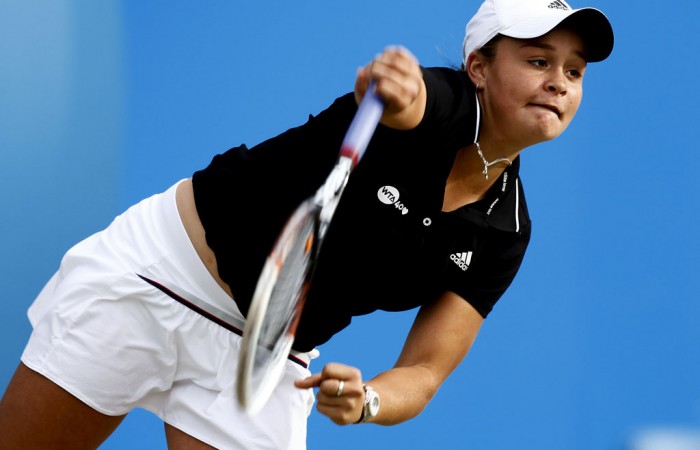 Australia’s Ash Barty chalked up a morale-boosting straight-sets win over China’s Peng Shuai in the first round at the grasscourt Nottingham Open tournament on Tuesday.

Barty, who returned to tennis in February after a stint playing cricket, was too good for Peng – a player ranked 358 places above her – and wrapped up a 6-3 6-2 victory in one hour, 10 minutes.

The Queenslander will now face Andrea Hlavackova of the Czech Republic in the second round; Hlavackova shocked Belgian fifth seed Yanina Wickmayer after qualifying for the main draw as a lucky loser.

Barty arrived in the main draw after three wins in qualifying, the last against Tamira Paszek, a player whom Barty also beat the week earlier en route to the semifinals of a $50,000 ITF event in Eastbourne, England.

That performance was Barty’s first singles outing since the US Open in 2014.

Meanwhile, former world No.1 Caroline Wozniacki’s first match in more than two months ended in victory as she beat Cagla Buyukakcay of Turkey 7-5 6-3.

Wozniacki rolled her right ankle while practising for the Fed Cup in early April and she missed the European clay-court season and last played in late March in Miami.

“It’s just great to be back,” she said. “You feel a bit rusty out there but at the same time it could have been a lot worse.”