In her first singles campaign in almost two years, Ash Barty has taken her winning streak to six after reaching the semis of the ITF $50,000 event in Eastbourne, 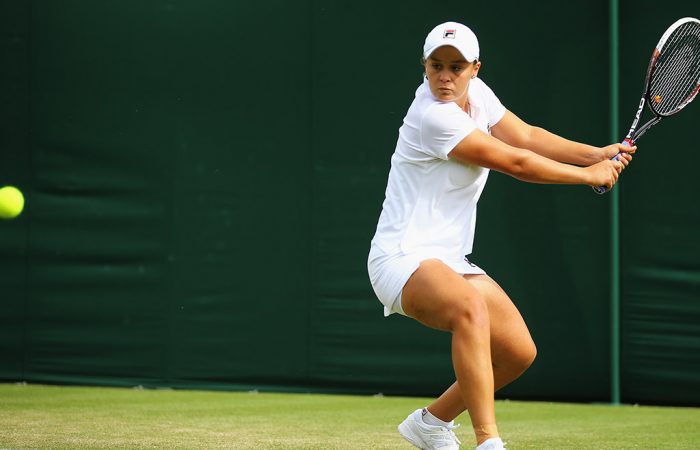 The re-emergence of Australian tennis sensation Ashleigh Barty is gaining traction, with the young star snaring another big scalp en route to the ITF Eastbourne semifinals.

Barty made light work of Austrian world No.122 Tamira Paszek in her quarterfinal at the second-tier $50,000 event at Eastbourne on Wednesday, cruising to a 6-3 6-2 victory in 73 minutes.

It follows similarly comprehensive wins over No.140 Urszula Radwanska and former world No.5 Daniela Hantuchova this week.

She will next face top seed, and world No.94, Alison Riske of the USA on Thursday for a shot at the final.

The 20-year-old stepped away from tennis for 17 months before returning in February this year.

While on hiatus, Barty switched sports and played cricket for the Brisbane Heat in the women’s Big Bash League over summer.

In her return to tennis earlier in 2016, Barty stuck exclusively to doubles; this is her first singles outing since the 2014 US Open.