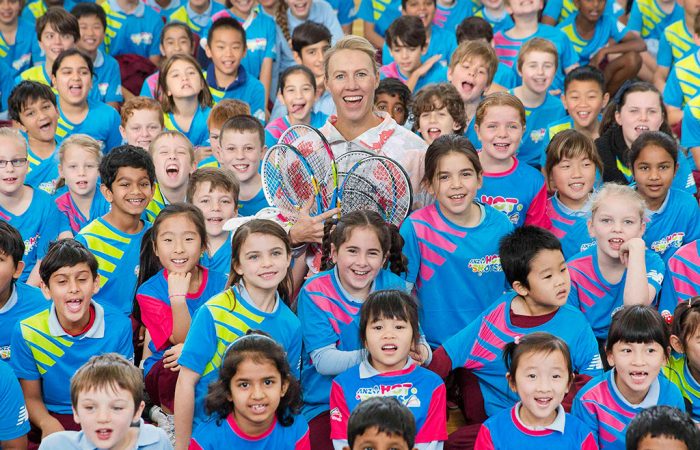 ANZ’s support of the program has ensured prep school students registered as part of the School Partnership Program receive a brand new tennis racquet, with an astonishing 30,000 taking up the opportunity over the past 18 months.

Molik is delighted to see the opportunities the program offers to young children around Australia.

“ANZ has helped us deliver 30,000 racquets to children around the country and you can’t wipe the smiles off the kids’ faces,” Molik said.

“It’s fantastic to see so many tennis racquets in the hands of young children, which really encourages them to jump on the tennis court for the first time.

“The School Partnership Program is accessible to any primary school in Australia and gives kids the opportunity to play tennis as part of their curriculum. Tennis is a fantastic sport for kids – and their families – to play as part of an active and healthy lifestyle.”

ANZ Head of Marketing Australia Carolyn Bendall said: “ANZ is committed to supporting the growth of tennis at all levels – from our association with ANZ Tennis Hot Shots through to our sponsorship of the Australian Open. It is great to see how this is playing out in local communities.”