Daria Gavrilova hopes her on-court verve and passion will win over French tennis fans as she aims to replicate her second-week Australian Open heroics. 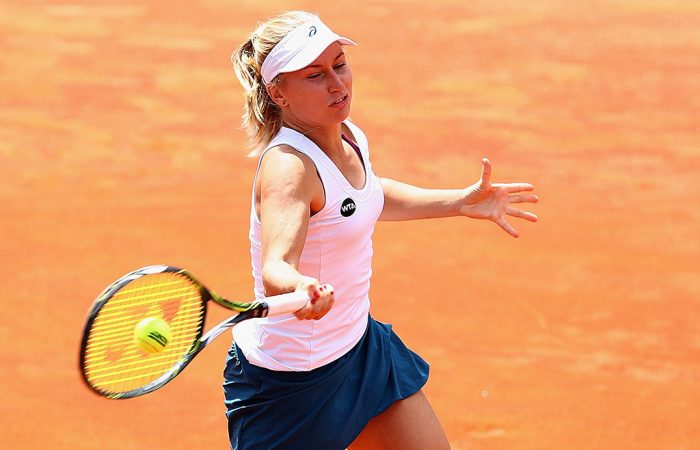 Intent on proving her Australian Open success wasn’t a one-off, Daria Gavrilova hopes to win over the French fans to give her added motivation at Roland Garros.

French Open crowds have historically cheered for the underdog, a role Gavrilova thrived on in Melbourne in January where she blossomed in front of her home fans to reach the fourth round of the Australian Open.

The 22-year-old will open her campaign against Colombian claycourt specialist Mariana Duque-Marino on Tuesday and knows full well that, while her game is more suited to the red clay of Paris than the plexicushion of Melbourne, she won’t have a raucous crowd to feed off as a motivator.

So the world No.46 plans on winning over the locals, but knows she’ll have to do so from the outside courts.

“I’m not at home, so I’m not going to play on huge courts at the start,” she told AAP.

“Playing on the smaller courts really doesn’t change anything except once you get there the atmosphere is different.

“I’ll just have to win the crowd over. I’ll enjoy myself and hopefully they’ll enjoy watching me.”

Gavrilova’s family is in Paris but she suspects they won’t be the only ones in the stands cheering her on.

The Russian-born starlet, who made her Fed Cup debut this year, says she feels she’s representing Australia every time she steps foot on the court and keeps an eye out for green-and-gold fans in the stands whenever she plays.

“When I played in Rome for example there were some Aussies and I was like ‘yeah, I see you!'” she said.

“There should be a lot of Aussies here as well.

“(Making my Fed Cup debut) was such a privilege. It’s something I will remember forever. When I played my first match I was super nervous and I was very fortunate that we actually played at home as well, that helped me.

“I had a lot of fun and I can’t wait to play again, hopefully soon.”