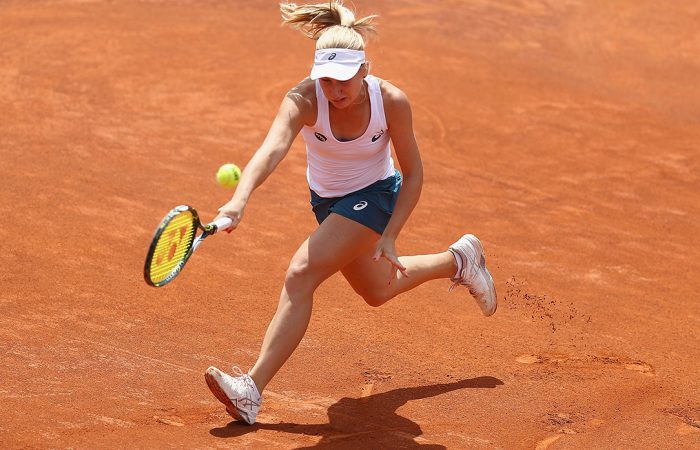 Daria Gavrilova’s Italian Open campaign came to an end at the hands of No.9 seed Svetlana Kuznetsova in three sets.

Kuznetsova prevailed 6-2 2-6 6-3 to set up a quarterfinal clash with world No.1 Serena Williams.

Boosted with confidence after knocking out No.6 seed Simona Halep on Wednesday – her third win over a member of the top 10 this year – Gavrilova bounced back from a poor first set to dominate the second.

A tight start to the third set saw the former French Open champion break thanks to a fortunate net cord and she broke the Melbourne-based 22-year-old again in the eighth to round out the victory.

“I was a bit tense because I didn’t know what to expect, basically,” Kuznetsova said.

“I was trying to figure out how I should play. I saw a couple games against Halep yesterday, but that was a weird match – not something to get ideas for today’s game.

“I played her before she went to Australia. I played her once in Dubai. She played totally different game. I know she’s a fighter and she brings lots of balls back, she changes the pace.

“It was difficult match.”