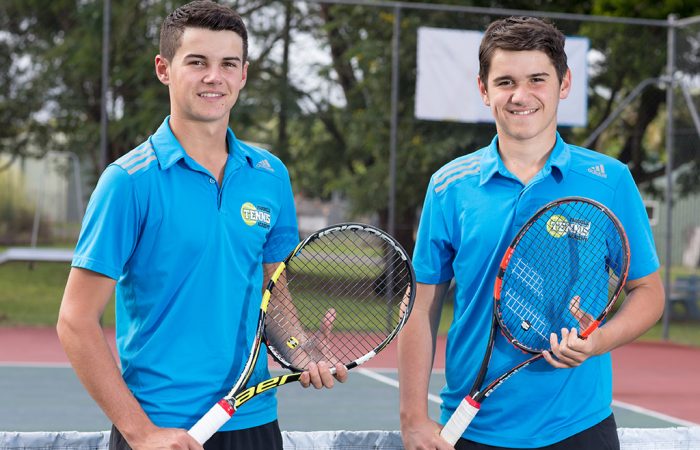 Coach Travis Farinelli has been nominated for a Queensland Young Achievers Award.

He is one of four nominees for the Australian Super Career Kick Start Award, which recognises young people whose passion, drive and willingness to learn and work hard has helped create opportunities and achieve excellent outcomes in their chosen career.

“I don’t expect to win because the calibre of finalists is ridiculous, but to be in their company is all that matters to me,” Farinelli said.

“I am proud to have made it this far as it means my tennis story means something to others. People can see the difference I am making in my small part of the world and this just inspires me to work hard and keep going.”

Farinelli is also a contender for the publically-voted People’s Choice Award, which closes on 16 May.

> Vote for Travis Farinelli to win the People’s Choice Award

Farinelli started coaching at 14, working as a volunteer assistant.

He then combined his school studies with completing a Tennis Australia Junior Development coaching course.

“I would finish school on a Friday, fly to Brisbane, do my course Saturday and Sunday, get home at 11pm Sunday night and start school the next morning,” he explained.

Inspired to turn his passion into a career, the Farinelli Tennis Academy was formed when he was 17.

“What better than doing what you love every day,” he reasoned.

The academy started with 58 players but has grown rapidly since. It now works with 12 schools, providing free tennis lessons to over 600 students weekly.

“I drive 40 minutes to get to one school that has eight kids but those kids are loving their tennis and that is what it’s all about,” Farinelli said.

“The kids are the best part of my job hands down. Most others my age don’t have the patience but I love being around and teaching kids.

“I hope my success urges other young people to start their own business and to work hard while they are young.”

The academy was last year named the Far North Queensland Club of the Year, with Farinelli winning the Queensland Regional Trade and Career Achievement Award.

Farinelli lists Roger Federer representing the Mourilyan community during Australian Open 2016 as part of Tennis Australia’s Free Tennis Days campaign as one of his proudest achievements.

“When we first saw the leaderboard results for Free Tennis Days and saw little old Mourilyan in fifth spot with Roger Federer next to us we were in shock,” he said.

“We knew our Free Tennis Days had been very successful, but the end result blew us away.”

The Queensland Young Achievers Award winners are announced on 20 May.