Sam Stosur went down fighting in the Prague final, where she lost to Lucie Safarova in three tight sets. 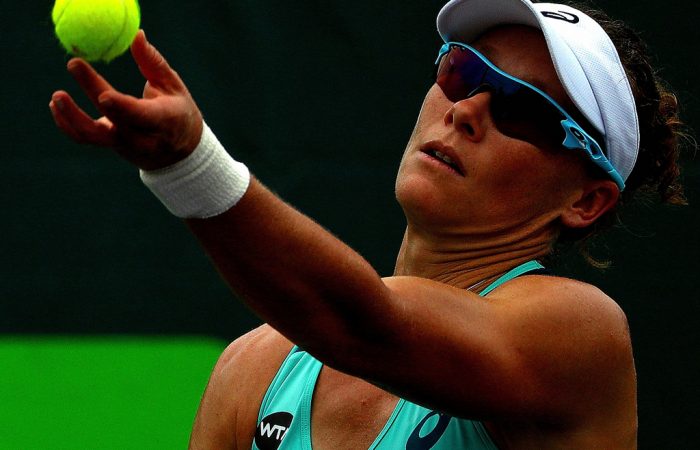 Sam Stosur has lost out to Lucie Safarova of the Czech Republic 3-6 6-1 6-4 in the final of the Prague Open.

Safarova broke Stosur for 4-3 in the final set and served out with her 14th ace to claim her seventh WTA title and first in 14 months on Saturday.

She improved her record against Stosur to 11-3.

“It was a big fight,” Safarova said. “It’s always tough against her. I was waiting for my chance and it came in the second set.”

Coming back from a bacterial infection last year, Safarova, the French Open runner-up last year, didn’t win a singles this season until this week in Prague, where she won five in a row.

In the opening set, Stosur got a break for 2-0 and held on, saving one break point at 4-2 before serving it out.

But she struggled with her serve in the remaining two sets, serving seven double faults.

Safarova broke Stosur to go 2-0 up in the second set after the Australian double-faulted on a break point, and got another break for 4-0 with a forehand winner.