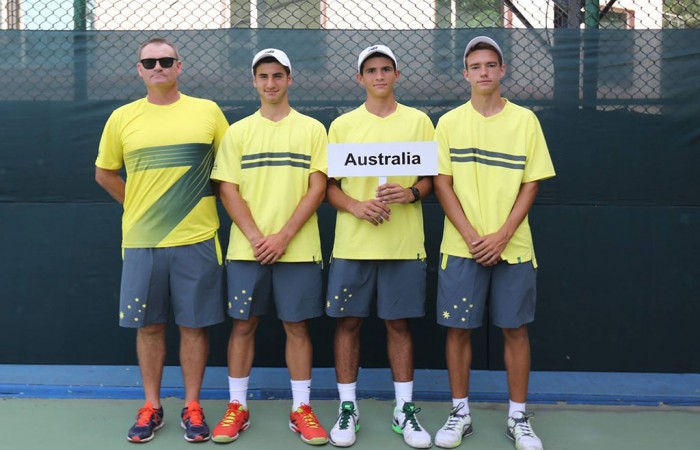 The Australian team has made a strong start at the Junior Davis Cup Asia/Oceania final qualifying tournament in India.

“The boys struggled early to get used to the heat and humidity here in New Delhi but as each day has progressed they are playing better and finding their feet,” he said.

Crnokrak was rested from singles duties in the first tie against Philippines due to a neck injury, but Morgan said Bosancic and Van Rensburg stepped up.

“Both Thomas and Sean had very good wins, especially as it’s the first time they have represented Australia in a team competition,” Morgan said.

“The guys are having a ball and hopefully taking everything on board.”

After a 3-0 victory against the Philippines on Monday, the team continued their good form with a 3-0 defeat of Uzbekistan on Tuesday.

They next face Chinese Taipai, who is also undefeated so far, in the final round-robin match.