Former champion Sam Stosur advances to to the second round of Charleston with a win over Aleksandra Krunic. 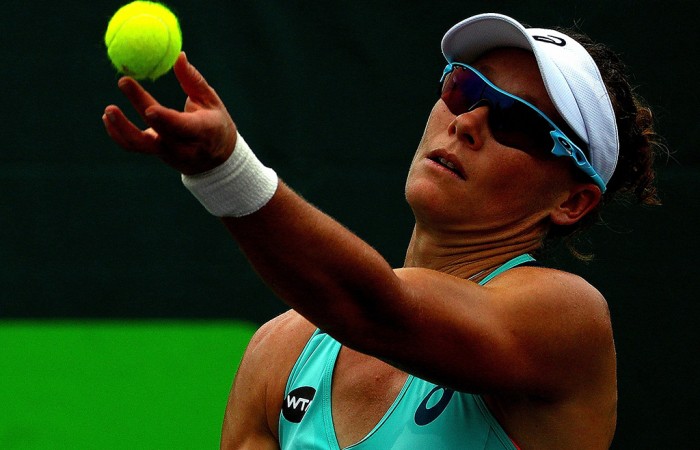 Sam Stosur has battled her way through to the second round of the WTA event in Charleston, South Carolina.

The 10th seed Australian saved 16 break points in the 6-4 6-4 win over world No.124 Aleksandra Krunic in a match that lasted an hour and 39 minutes.

World No.26 Stosur, who won the event in 2010 and was a a semifinalist in 2012, struggled with strong winds as she was broken four times and sent down 11 double faults in the topsy-turvy performance.

“My tennis could have been a little bit better, and my serve especially,” she said.

“Whether it was the conditions, a bit of lack of focus at times, whatever the case, it’s certainly something that I need to rectify for the next round.”

Stosur now faces Slovakian Jana Cepelova in the second round.

Fellow Australian Daria Gavrilova, also competing in Charleston, had earlier booked a second round meeting with Zhang Shuai with a three-sets win over Zarina Diyas.