The 24-year-old from New South Wales recorded the second ATP main draw win of his career, surging past American Frances Tiafoe at the US Men’s Clay Court Championships. 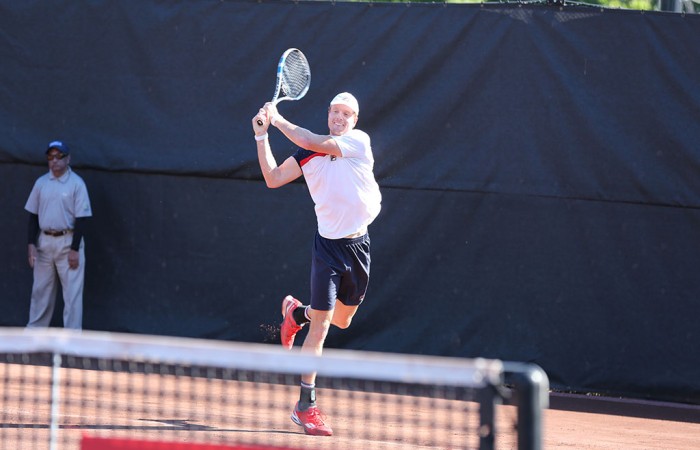 Matthew Barton has set up a showdown with defending champion Jack Sock in the second round of the ATP World Tour event in Houston.

The 24-year-old from New South Wales recorded the second ATP main draw win of his career this morning, surging past American teen Frances Tiafoe 6-3 6-4 at the US Men’s Clay Court Championships.

Barton hit nine aces in the 63 minute match to defeat the 18-year-old wildcard, who was recently included alongside Australia’s Nick Kyrgios and Thanasi Kokkinakis in the ATP World Tour’s Next Generation campaign.

“I knew I was in for a tough match and I just came out firing and just stuck to it throughout the whole game, so I’m happy that I won.”

Barton is now on an eight match and 16 set winning streak, claiming a Futures tournament in California before qualifying in Houston.

He next faces a big test against world No.25 Sock on Thursday.

“It’s been a good tournament so far, I’ve had some great wins,” Barton said. “Even through qualifying, I had a tough first round and I’ve just progressed really well through the tournament.

“It’s going to be tough, he’s the defending champ here. I’m up for the challenge anyway, my game is going pretty well at the moment and I’m sure I’ll cause him a few headaches that’s for sure, so I’m looking forward to it.”

After recording his first ATP World Tour main draw win against American world No.32 Steve Johnson in Auckland in January, Barton said his confidence was high after two injury-affected seasons.

“I play an aggressive game, so it’s going to be difficult for anyone who comes up against me,” he said.

“I think it’s just taken time for me to develop my game, so hopefully now I can start getting some wins on the board.”