Nick Kyrgios has reached his first career ATP Masters quarterfinal in Miami and will get a shot at the in-form Milos Raonic after beating Andrey Kuznetsov on Tuesday. 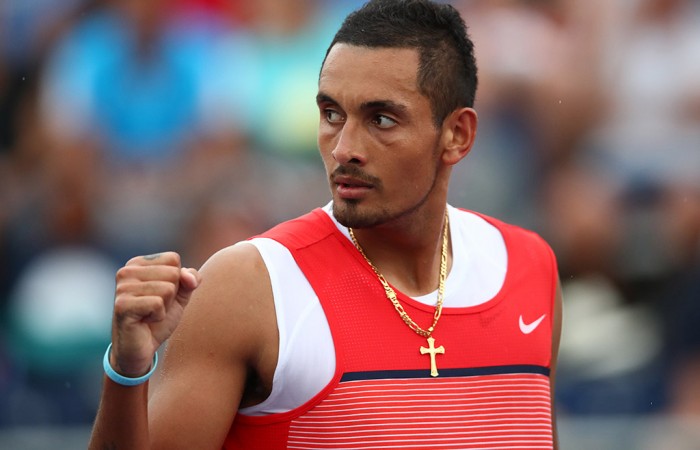 Nick Kyrgios is through to the last eight at the Miami Open courtesy of a straight-sets demolition of Russian Andrey Kuznetsov.

After a tight first set which the Australian took in a tiebreak after both players managed a break of serve, Kyrgios dominated the second set to run out a 7-6(3) 6-3 winner in 83 minutes.

The world No.26, who is yet to drop a set this tournament, now faces a quarterfinal stoush with Canadian world No.12 Milos Raonic.

Although Kyrgios trails Raonic 2-1 in their career head-to-head, the Australian did win their last meeting – a four-set triumph in the third round at Wimbledon last year.

This is the first Masters 1000 quarterfinal appearance for Kyrgios, who becomes the first Aussie into the last eight in Miami since Lleyton Hewitt back in 2002.

Even if he was to fall to Raonic, Kyrgios is projected to rise to a career-high ranking of No.22.