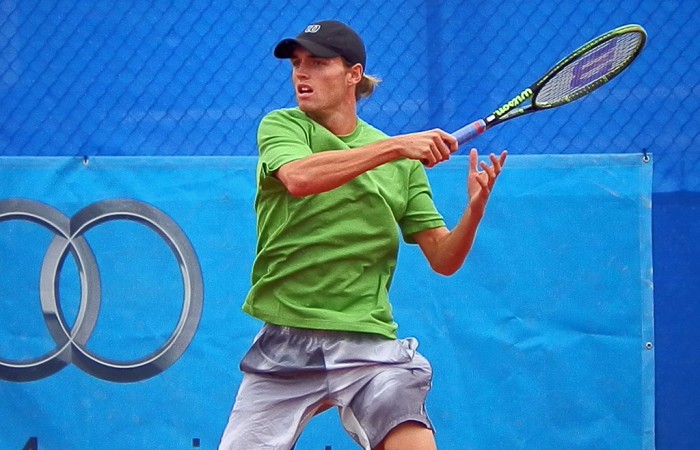 Chris O’Connell has booked his place in the final of the $25,000 Mornington Peninsula Tennis International #2 after defeating Kiwi Jose Statham in straight sets on Saturday.

The sixth seed trailed early before rattling off five consecutive games to win the opening set. He carried on his momentum, breaking Statham early in the second and then holding onto his advantage to take the match 6-4 6-4, in doing so reaching his second Australian Pro Tour final of the year.

“He came out blazing,” O’Connell said of his third-seeded opponent. “I had to lift my game, play a bit heavier, to try and get back into the match.

“I kind of ran away with it after that. It felt really good.”

O’Connell will face Andrew Whittington in the final on Sunday after the No.2 seed overcame a one-set deficit to oust a dogged Dayne Kelly 6-7(5) 6-1 6-4.

The 21-year-old O’Connell, who hails from Sydney and is already a title winner on the Pro Tour this year (Port Pirie), will be looking to reverse the result of their semifinal clash in Mornington last week, in which Whittington reigned supreme.

“He got me last time, so it would be nice to get him back in the final,” O’Connell said, a result which would deny Whittington back-to-back titles.

“But I’m just focused on playing consistently well, week in and week out. I’ve had a lot of tight matches over the past couple of years that haven’t really gone my way, and this year it’s swinging a little bit. I seem to be getting more of those close wins.

“My confidence is growing. I’m feeling really fresh in the head at the moment.”