Victorian teenager Daniel Nolan reaches the quarterfinals in Mornington after a marathon win. 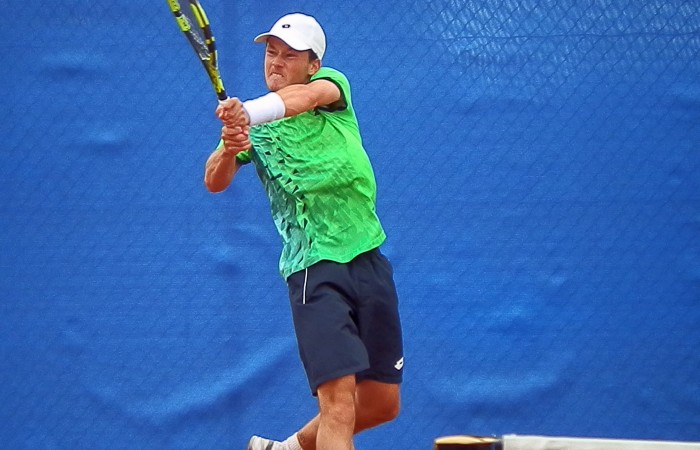 Victorian Daniel Nolan has continued his impressive run at the Mornington Peninsula Tennis International #2, advancing to the quarterfinals.

The 19-year-old bundled out top seed Gavin van Peperzeel in the opening round and backed that up on Thursday, winning a nearly-four-hour marathon against Calum Puttergill, 7-5 6-7(5) 7-5.

From the first game of the match, which saw half a dozen deuces, the tone was set as both players dug in and provided a highly entertaining spectacle right to the last point.

“It was a high quality match from both of us and there was nothing in it towards the end,” Nolan said. “It was just down to a couple of points here and there where I managed to get the better of him, and a bit of luck maybe came my way as well.”

Nolan had the opportunity to serve out the match at 5-3 in the deciding set but Puttergill was able to fight his way back before the young Victorian was finally able to seal the win.

“It did hurt losing that game. I had a couple of chances, match points, but once I held serve again I felt a lot better. I’ve been working on a lot of mental stuff at the moment, so that helped me a lot.”

Now into his third ITF Futures quarterfinal, Nolan meets Chris O’Connell after the No.6 seed dispatched Long Nguyen 6-0 6-0 in under an hour.

“It’s been a really good week and hopefully I can keep it going,” Nolan said.

Second seed Maverick Banes bowed out on Thursday, losing to the resurgent Greg Jones who now comes up against Victorian Dayne Kelly on Friday.