Australia has received a boost to its Fed Cup hopes after Daria Gavrilova was cleared by the ITF to represent the green-and-gold. 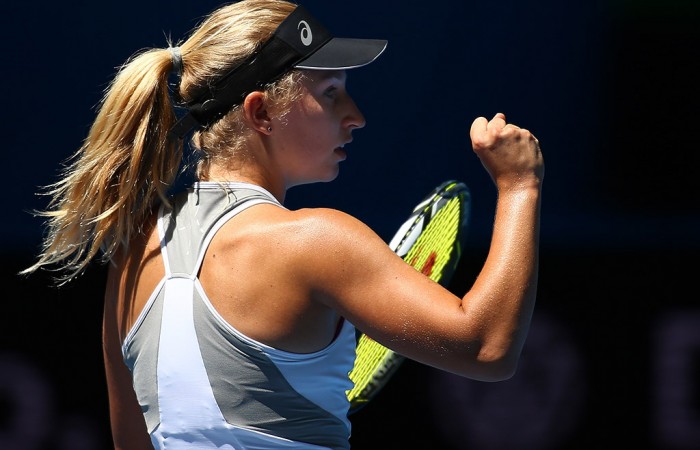 World No.34 Daria Gavrilova has won her appeal to play in the Fed Cup for Australia.

Gavrilova received the welcome news at an International Tennis Federation (ITF) hearing in Moldova on Wednesday.

“I’m very, very happy. Exciting times ahead. Hopefully I will get picked for the Fed Cup tie in April,” she said.

“I can’t wait to get the jacket and we’ve already counted and I will be number 50! And it’s my dinner shout to my team who’s here in Miami!”

The Russian-born star, who reached the fourth round of this year’s Australian Open, successfully appealed against tightened ITF rules that prevented her from representing Australia despite having received her citizenship.

The new rule requires players to be citizens for at least two years before representing their countries in Davis or Fed Cup.

Previously, players could play for their countries upon becoming citizens if they had not represented another nation in the previous three years.

The new ruling prevented Gavrilova from featuring in the tie against Slovakia in Bratislava last month, but she successfully argued that she should be permitted to play as she’d already qualified for Australia when the new rulings were introduced last year.

“The ITF board considered all written and oral submissions made by Tennis Australia, Daria Gavrilova, the Russian Tennis Federation and the original decision maker, the Fed Cup Committee,” the ITF said in a statement on its website.

“In all the circumstances, the board determined that an exception should be made pursuant to Article 31(b) of the ITF Fed Cup Regulations.”

Gavrilova is now eligible to represent Australia in the Fed Cup against the US in Brisbane next month.