Top seeded at the WTA San Antonio Open, Daria Gavrilova has continued her run after scrapping through to the quarterfinals. 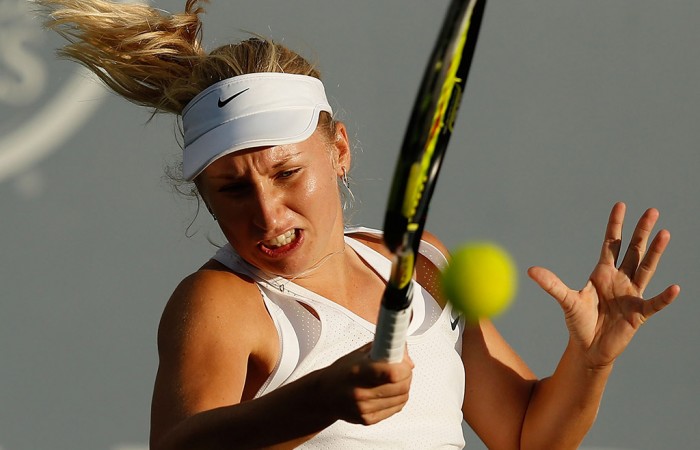 Australian top seed Daria Gavrilova has booked her place in the quarterfinals of the WTA San Antonio Open.

Gavrilova downed Greek Maria Sakkari 4-6 7-6(5) 6-3 in just over two-and-a-half hours and next faces Alison Riske for a spot in the semis after the American upset Belgian seventh seed Kirsten Flipkens 7-5 6-1.

Sixth-seed Misaki Doi is the second-highest seeded player left in the tournament after a 7-5 7-6(4) win over Xinyun Han.

Meanwhile, Casey Dellacqua is through to the doubles semifinals.

Partnering Darija Durak, the duo beat Americans Ashley Weinhold and Caitlin Whoriskey 7-6(1) 6-1 and will next meet another Australian in Anastasia Rodionova and her Polish partner Klaudia Jans-Ignacik.