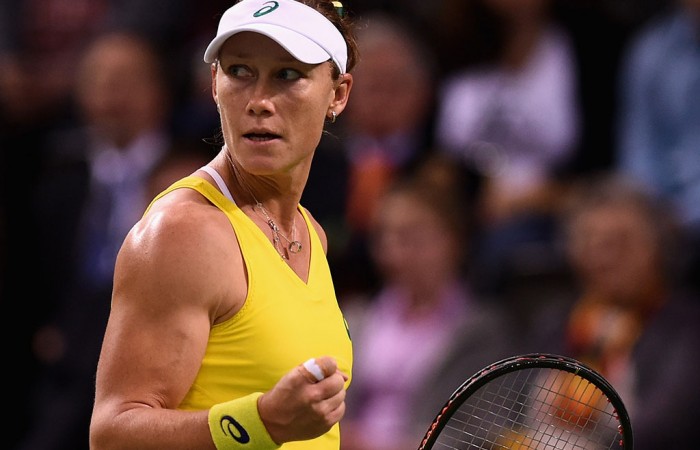 Samantha Stosur will lead Australia in this weekend’s Fed Cup Would Group II first round tie against Slovakia.

Stosur will be joined in Bratislava by Casey Dellacqua, who is returning from injury, Kimberly Birrell and either Arina Rodionova or Storm Sanders.

Australian Open sensation Daria Gavrilova is ineligible under ITF rules, while Jarmila Wolfe has been ruled out due to a back injury.