Groth back on the winners list at Australian Open

Sam Groth has propelled himself into the second round of the Australian Open after a four sets victory over Frenchman Adrian Mannarino. 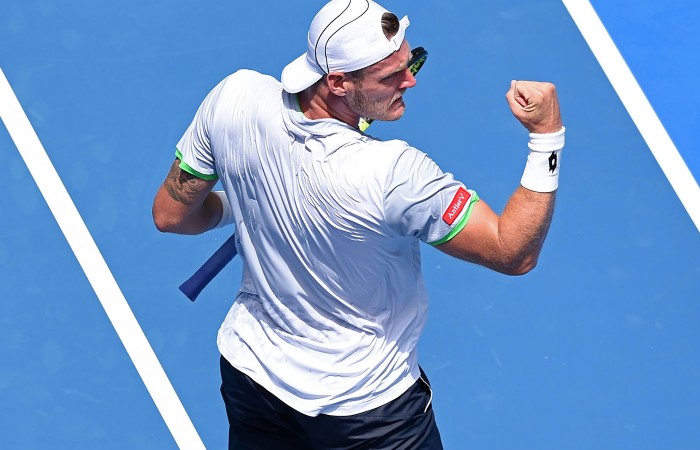 Fit-again Sam Groth has claimed his first victory since last year’s US Open by powering past Frenchman Adrian Mannarino in the first round of the Australian Open.

The reigning Newcombe Medallist quickly overcame a third-set blip to win 7-6 (8-6) 6-4 3-6 6-3, setting up a second-round clash against either No.2 seed Andy Murray or German Alexander Zverev.

It was a drought-breaking victory for Groth, who had lost in the first round of his past four tournaments, including the Brisbane and Sydney Internationals.

“I’ve had a tough couple of weeks coming in here,” said the big-serving Groth, who underwent off-season foot surgery.

“I had a long break with injury.

“Everyone keeps asking me about how’s my foot and how I’m handling the pressure of everyone watching me … I think today I handled both of those great.

“My foot pulled up great and I think I handled the big moments.

“I’m pretty happy to get my first win of the year.”