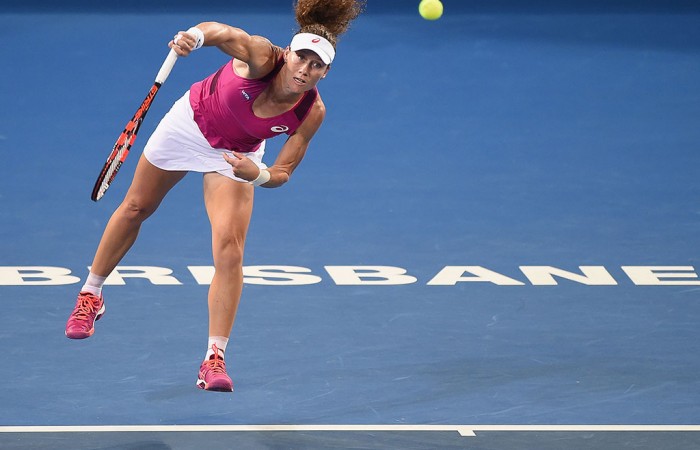 The 27-year-old led 6-1, 4-1 and held a match point with Stosur serving at 4-5 in the second set before the Australian rallied to take the set in a tiebreak 7-3.

“There is nothing to be ashamed of in that,” Stosur said of her second round display.

Suarez Navarro moved through to her second straight Brisbane quarterfinal and awaits the winner of her compatriot, No.2 seed Garbine Muguruza, and American Varvara Lepchenko.

Stosur admitted she may have to change her approach to her final Australian Open warm-up tournament in Sydney but was not expecting any setbacks.

“I’ll kind of reassess and I guess put together a bit of a plan as far as my training up until my first round in Sydney,” she said.

“It was a little bit sore on certain shots but overall it was pretty good. I’ve got days now to take care of it.

“Hopefully, considering I was able to go out there and play the way I did, it’s not going to be too crazy.”