Czech Republic have taken a 1-0 lead in their Hopman Cup tie against Australia Gold after Jiri Vesely finally subdued a tigerish Lleyton Hewitt on Sunday night. 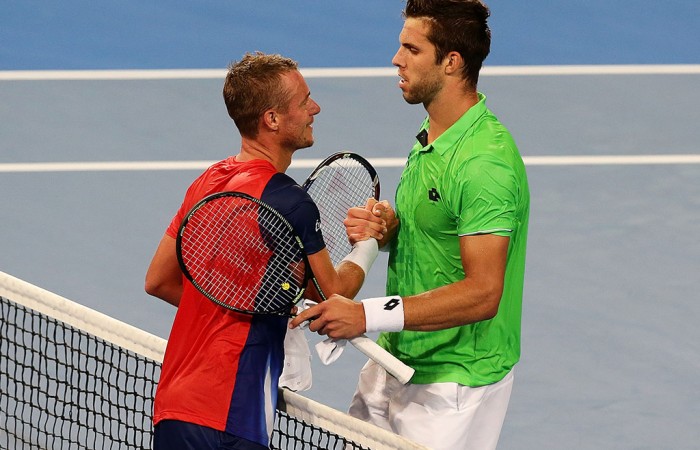 Lleyton Hewitt has put up stiff resistance before going down in the opening rubber of the Australia Gold v Czech Republic tie at the Hopman Cup on Sunday night.

Vesely lead 5-2 in the final set before Hewitt staged a comeback, but the Australian veteran ultimately fell short against the world No.41.

“The Arena is fantastic. It’s very similar to Rod Laver Arena with the set up and the distance from the crowd. It’s great preparation for the Australian Open,” Hewitt said.

“When you’re out there you sort of block out that you know it’s near the end (of your career) and just try to compete, and try to get the most out of yourself every time.

“You obviously know it in the back of your mind, but it’s not something I am focusing on too much.”

Hewitt’s compatriot Jarmila Wolfe (formerly Gajdosova) will attempt to level the tie at 1-1 when she takes on the 11th-ranked Karolina Pliskova.