Brisbane to serve as AO taste test for Hon

The Brisbane International will serve as the perfect first-up taste of top-level tennis for Priscilla Hon as she targets the Australian Open later in January. 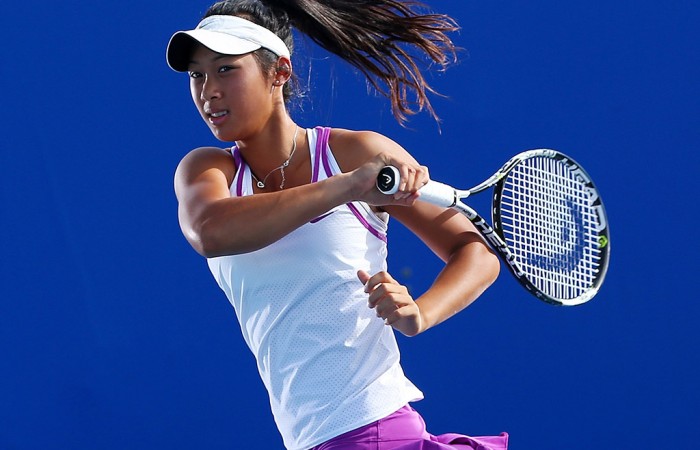 Australian teenager Priscilla Hon hopes a taste of top tennis action at the Brisbane International will be the perfect appetiser for her Grand Slam debut at the Australian Open.

The 17-year-old has been given a wildcard entry for her hometown event starting on Sunday, ahead of her first appearance at Melbourne Park later in January.

The world No.334 is the highest-ranked Australian woman under 25 and knows how important the next few weeks could be to her tennis career.

“Playing the (Australian) Open main draw will be, I think, definitely nerve-wracking but playing (in Brisbane) first, getting a few matches before Aussie, I’ll definitely get a bit more experience,” she said.

“Maybe handle my nerves a little bit better than I would if I didn’t get the opportunity.”

Hon will find out on Friday when the tournament draw is made just who she’ll face in the Brisbane International’s first round.

A glamour tie against superstars Victoria Azarenka, Maria Sharapova or Simona Halep is possible but it’s a lesser light that Hon has her eyes on.

“Obviously people say Sharapova and people like that but I kinda want to play (Roberta) Vinci, the Italian,” she said.