Following the withdrawal of John McEnroe due to injury, tennis legends Mats Wilander, Martina Navratilova and Aranxta Sanchez Vicario are headed to Sydney. 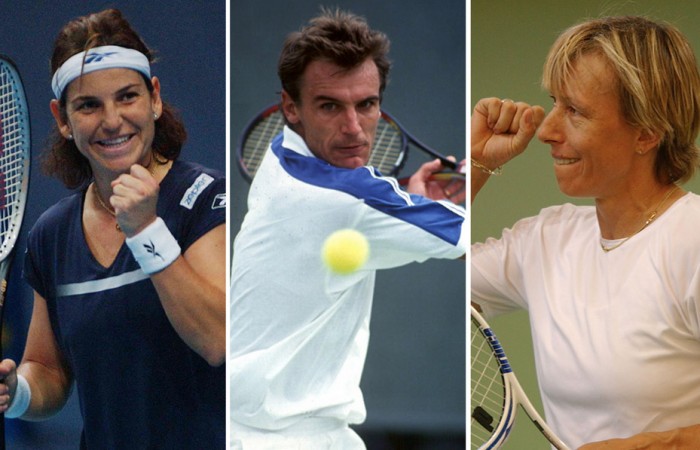 McEnroe was set to take on Henri Leconte (FRA) ahead of the women’s final on Friday 15 January but a left knee injury has ruled out the seven-time Grand Slam champion and former world No.1.

“I played in front of a sell-out crowd in Sydney in 2015 and was really looking forward to returning. It’s a fantastic tournament and I’m disappointed I won’t make it in 2016,” McEnroe said.

“I wish the tournament all the best for another great week and hope I can return in 2017”.

He will be replaced as World team captain by eight-time Grand Slam singles champion Wilander, who has one US Open, three Australian Open and three French Open titles to his name.

Wilander is one of only two men, the other being Nadal, to have won at least two Grand Slam singles titles on every surface. Although he didn’t win Wimbledon, he won two Australian Open titles when it was played on grass and one on hard court.

The 51-year-old will face off against Cash in a Legends match to open the FAST4 event, before captaining his side through two singles and one doubles match against the Australian team.

Women’s greats Navratilova and Sanchez Vicario will team up with Leconte and Mark Philippoussis (Vic) ahead of the women’s Apia International Sydney final in what will be a legendary mixed doubles display.

Navratilova held the world No.1 ranking for a total of 332 weeks in singles and 237 weeks in doubles, making her the only player, male or female, to have held both top spots for more than 200 weeks. On top of her 18 Grand Slam singles victories, she won an incredible 31 doubles Grand Slams, 10 mixed doubles Grand Slams and four Fed Cup titles.

Sanchez Vicario also had success in doubles, adding six women’s doubles and four mixed doubles Grand Slam titles to her four singles titles. Nicknamed the ‘Barcelona Bumblebee’ for her refusal to concede a point, she lead Spain to their first Fed Cup title in 1991 and holds the record for most matches won and most ties played in Fed Cup history.

Apia International Sydney Tournament Director and Tennis NSW CEO Alistair MacDonald said it was testament to the reputation of the Sydney events that world class legends could be secured at this late stage.

“We’re obviously hugely disappointed that John will no longer be coming to Sydney. He was a fan favourite in 2015 and we wish him a speedy recovery and hope to see him back on court soon,” he said.

“Wilander, Navratilova and Sanchez Vicario are as big as it comes when talking about tennis greats and we’re thrilled they will be playing in Sydney. All three will add a great deal of experience to the events they are playing in and will be real crowd pleasers.”

Australia v The World in FAST4 Tennis will take place at Allphones Arena on Monday, 11 January 2016, with the NSW Government’s tourism and major event’s agency Destination NSW as strategic partner.

Apia International Sydney 2016, proudly supported by Apia in association with Volkswagen and The NSW Government’s tourism and major events agencyDestination NSW, will take place at Sydney Olympic Park Tennis Centre from 10 to 16 January 2016.