Kooyong to host Davis Cup first round in March 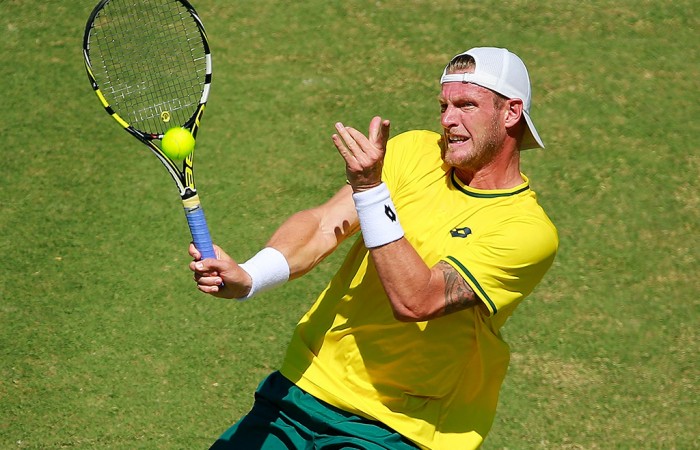 Victoria received a boost today with Kooyong Lawn Tennis Club named to host the Davis Cup by BNP Paribas World Group first round tie between Australia and the United States from 4 to 6 March 2016.

The former home of the Australian Open will host its first Davis Cup tie in 10 years with a portable grass court to be installed on Kooyong’s famous centre court.

Australia’s last meeting on grass at Kooyong against the United States took place in 1993 and next year’s tie will mark the two nations’ 46th Davis Cup battle.

Australian Davis Cup captain Lleyton Hewitt said he was looking forward to leading the team for the first time in March.

“To play Davis Cup in Melbourne, the home of tennis in Australia, at a club like Kooyong with so much tennis history is a privilege,” Hewitt said.

“Kooyong provides the perfect setting for the team to kick start our Davis Cup campaign on grass and no doubt the home crowd will be right behind us.

“The tie against the United States is going to be tough. They have seven men in the top 100 including the likes of John Isner, Jack Sock, Steve Johnson, Donald Young and Sam Querrey.

“It will be my first tie as captain and I’ll be looking to help the boys build on the momentum and progress of 2015.”

“To have the Davis Cup tie played on grass on our centre court in the Kooyong stadium will bring back a host of memories for older tennis fans and give the younger fans a sense of the great history of tennis in this country.”

Victorian Minister for Tourism and Major Events John Eren said: “We are excited to be welcoming yet another great tennis event to Melbourne. We’re particularly chuffed to play a part in history as Lleyton Hewitt makes his Davis Cup captain’s debut.

“Victorians just love their tennis and the world loves watching all the action here in Melbourne. This is another great chance to show we have the best of everything the game has to offer.”

Australia’s most recent tie against the United States was in 1999 where Hewitt made his Davis Cup debut.

Australia sits second to the United States on the all-time list of Davis Cup champions, having won the prestigious competition 28 times to the States’ 32.

Ticketing information for the Davis Cup by BNP Paribas World Group first round tie will be released in January 2016.