Some of Melbourne's best food will be on offer as part of the Australian Open Festival at Birrarung Marr throughout the tournament. 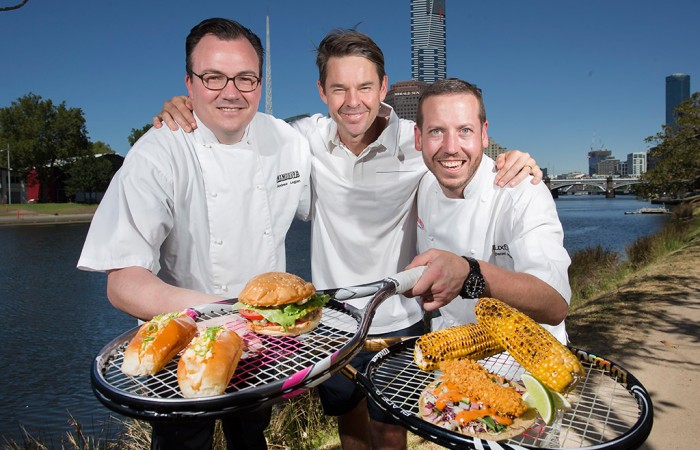 The gastronomic line-up, as well as fun family activities, cafes and bars including the Canadian Club Racquet Club, will reinforce Melbourne’s reputation as a culinary capital as the Festival brings the tournament closer to the heart of the city than ever before.

“By adding to the Australian Open’s food offering in this way and working with some of the biggest names in the Melbourne dining scene, we’re giving tennis fans and foodies even more of what they want from a major global sporting event.

“Diners on site at the Australian Open in January will also be spoilt for choice, with seven restaurants and 12 private dining spaces serving up everything from relaxed a la carte dining to the unique experience of dining on Margaret Court Arena during the final three days of the tournament.”

George Calombaris’ Gazi will dish out Greek street food including souvas and chips with feta and oregano, and Uncle will feature traditional Vietnamese fare including spicy prawn banh mi and chicken tenderloin bao.

Coffee lovers will be able to fuel up at the Lavazza Café and Combi will cater to health conscious fans with organic superfoods and a selection of pressed juices.

The Canadian Club Racquet Club and Heineken and Jacob’s Creek Bar will help festival-goers wash down the fine food.

Combi and the Lavazza Café will be open from 7am to 7pm, with all other food outlets and bars open from midday to late.