Haet battles into 16/u quarters

The quarterfinals have been set in the 16/u Australian Championships while it was smooth progression for the top seeds in the 12/u events. 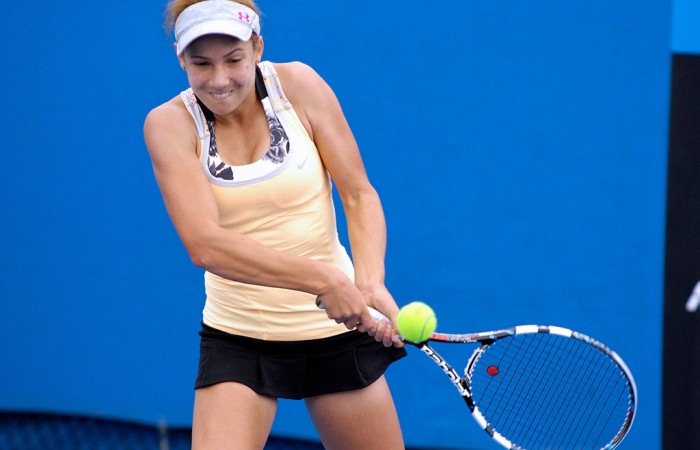 Top seed Michaela Haet was pushed to the limit before advancing to the quarterfinals of the 16/u Australian Championships on Thursday at Melbourne Park.

With second and third seeds Aleksa Cveticanin and Petra Hule already gone from the, the next highest seed remaining is No.4 Jessica Zaviacic, who moved into the last eight with a 6-3 6-4 win over Shan-Ying Barr.

In the boys’ event, Nathanael Consalvo – who stunned top seed Kody Pearson in round one – continued his run through the draw on Thursday, ousting Thomas Hann 6-1 2-6 7-5 to reach the quarters.

He is the only unseeded player remaining in the top half of the draw after No.3 seed Moerani Bouzige, fifth seed Will Maher and No.8 seed Lucas Vuradin filled the remaining quarterfinal slots.

In the bottom half, Benard Nkomba remains an unseeded danger after he overcame No.7 seed Thomas Bosancic 6-0 4-6 7-5.

In 12/u action, No.1 seed Aidan Vaughan won his third consecutive match in straight sets to take his place in the quarterfinals, while girls top seed Lara Walker has enjoyed similar progression, advancing to the last eight having lost just 12 games in three matches.