Top seeds Aidan Vaughan and Lara Walker have recorded straight sets victories on the opening day of action at the 12/u Australian Championships at Melbourne Park. 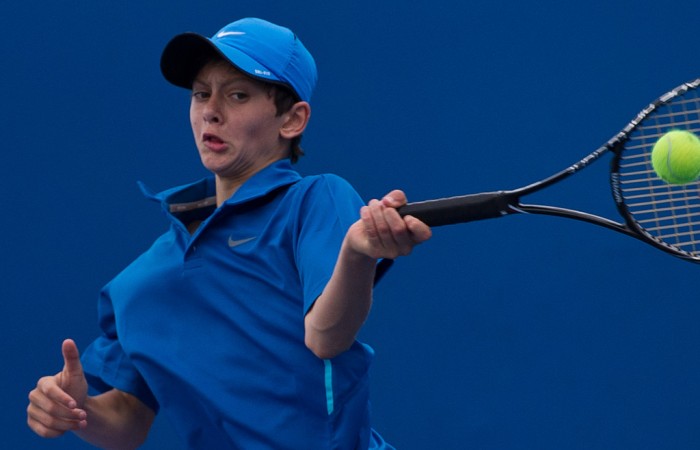 Top seed Aidan Vaughan has opened his campaign at the boys’ 12/u Australian Championships with a straight sets victory over William Taylor.

The 6-0 6-1 win sets up a second-round meeting with either Hao Bing Jie or Amor Jasika, the younger brother of 2014 US Open junior champion Omar.

In the girls’ tournament, No.1 seed Lara Walker won her first-round match 6-2 6-4 against India Schreiber.

She was joined in the second round by No.2 seed Anastasia Berezov, third seed Charlotte Kempenaers-Pocz and Joy Andreou, the fourth seed – the trio all won in straight sets.