Hon wins thriller to advance to 18/u final

Priscilla Hon has saved a bundle of match points to post an epic victory over Olivia Tjandramulia and advance to the final of the 18/u Australian Championships. 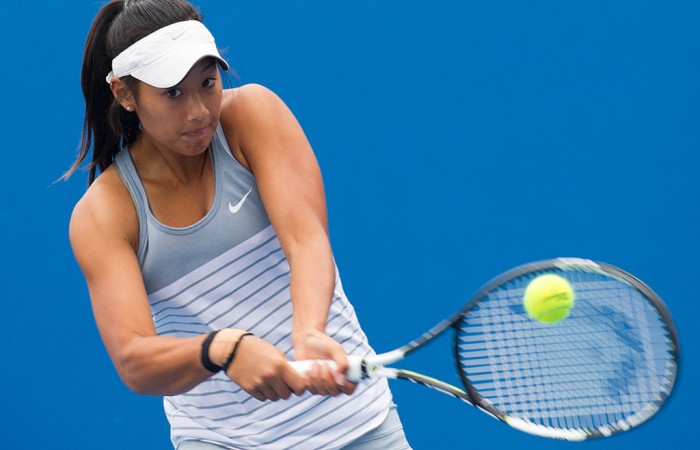 Priscilla Hon trailed Olivia Tjandramulia 6-3 5-3 and found herself match point down in the semifinals of the 18/u Australian Championships.

She saved that match point with some stellar retrieving on a cold, grey Friday at Melbourne Park before the rains came down.

Play was suspended for hours, and eventually moved indoors.

Hon, the top seed, recovered to win the second set against a rattled Tjandramulia, only for the No.4 seed to re-settle and forge ahead 4-0 in the third set.

Yet another comeback unfolded.

Hon rallied and ultimately forced a tiebreak, a see-sawing, thrilling affair that saw both Queenslanders stave off multiple match points with daring shotmaking.

“To be honest I’m speechless right now. That’s the first time I kind of teared up a bit after I actually won. So it’s an unreal feeling,” Hon said.

“For Olivia it would be a heartbreaker.

“The whole time, even though I was down, I still thought I was in the match somehow, and just kept fighting.

“This whole 18s nationals, it’s crazy how much pressure there is, just because of what’s (riding) on it. It’s big.”

The prize for the winner is a wildcard into the women’s draw at Australian Open 2016.

Hon will battle for that in the final against Maddison Inglis, who moved past 15-year-old talent Destanee Aiava 7-5 6-2 earlier on Friday.

“Oh my god. I don’t even know. I want to think about it, but I don’t want to have it in my head the whole time just giving me pressure,” Hon said about the prospect of playing for a Grand Slam main draw berth.

“But if I got it, it would honestly be the most amazing thing probably in my career.”

He’ll meet the winner of the second semifinal between No.2 seed Marc Polmans and sixth seed Blake Ellis, which was suspended due to rain and resumed indoors on Friday evening.