A home grown line-up will rock the Heineken Live Stage at Grand Slam Oval, part of the sensational entertainment set to feature at Australian Open 2016. 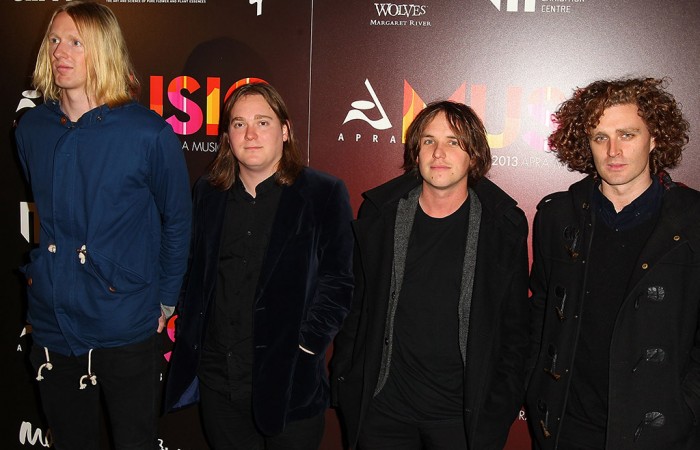 An all-star entertainment line-up was announced today for the first Grand Slam of the year, with indie rockers British India set to return to Melbourne Park as the headline act on women’s final day.

Lead singer Declan Melia said that the band was looking forward to returning to the Australian Open.

“Playing at the Open was an amazing experience for us all and we can’t wait to get back to Melbourne Park and perform in front of such a great crowd again,” he said.

Also returning to Melbourne Park are The Rubens, who will rock the Heineken Live Stage on Grand Slam Oval on Australia Day, and the Pierce Brothers.

ARIA award winning singer-songwriter Dan Sultan will kick off The Open Sessions on Monday 18 January, followed by Katie Noonan’s Vanguard, nine-piece soul outfit Saskwatch and Jackie Onassis as just some of the big name acts in the first week of the tournament.

Hot Dub Time Machine, the world’s first time travelling dance party, will star on Heineken Saturday on the middle weekend of the tournament, a day that drew a record 81,031 fans to Melbourne Park in 2015.

Created and performed by DJ Tom Loud, Hot Dub Time Machine is a singing and dancing entertainment powerhouse featuring songs from 1954 to 2015.

Legendary Aussie rockers Diesel and James Reyne also feature in the line-up, with Reyne set to entertain fans ahead of the men’s final.

“This year’s home grown line-up has something for everyone, from well-known music names to independent and emerging artists,” he said.

“Fans flock to Melbourne Park not just for the world class tennis but also the fantastic carnival atmosphere. The Open Sessions are sure to add an extra layer of entertainment.”

Mushroom Group Chairman Michael Gudinski said he was delighted to team up with the Australian Open once more.

“Mushroom is very proud to be involved with the tennis: music and sport are a wonderful combination. It’s fantastic to see Tennis Australia getting behind Australian music and looking at a wide range of artists to showcase to the many visitors to Grand Slam Oval during the Australian Open,” he said.