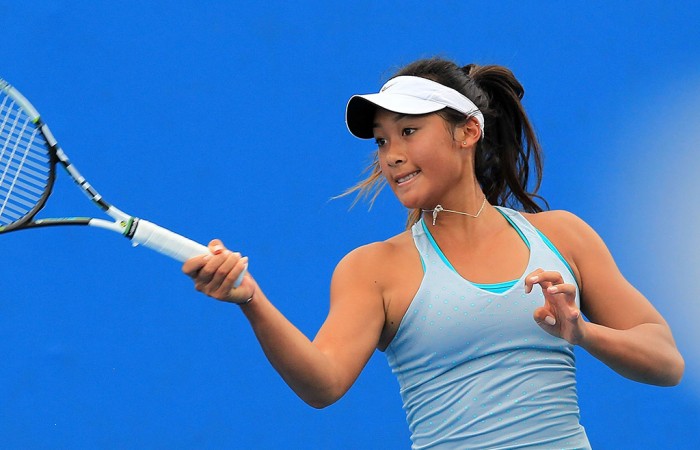 The deciding line up for the Asia-Pacific Tennis League (ATL) 2015 North Conference finals are set after six rounds of action.

After eight teams across two pools brought the heat to the courts across Queensland, New South Wales and ACT over two grueling weekends, the pools now amalgamate next weekend for the semifinals at Sunshine Coast Regional Tennis Centre in Caloundra, Queensland.

Returning home, after representing Queensland as the only team north of the border in Pool B, the Sunshine Coast Breakers men enter the semifinals in pool B’s top spot.

The Breakers dominated final round competition across the weekend with wins against Western Sydney Warriors on Friday and Canberra Velocity on Saturday.

They returned home to Queensland on Sunday, bringing their fine form to close out the season undefeated. The highlight was a clash of the competition heavyweights with Breakers’ own Dayne Kelly taking on world No.154 Jordan Thompson from the Sydney Saints. Kelly came from 3-0 down in the final set to cause an upset by clinching the tiebreak 5-4.

The Breakers women were not so fortunate losing to the top teams in Pool B, forcing them out of the competition. The young team competed well in each match and will take a great deal of experience into next year’s competition.

In a top of the table clash, the Sharks did battle with the Beenleigh Blaze. The highlight of the tie was another three set battle between Priscilla Hon and Alicia Smith. Hon turned the tables on Smith after a defeat the week prior, with a three-set win setting the night up for the Sharks.

The Sharks crowd was shocked when Blaze number one Lachlan Treacher took down Steve de Waard in three sets, but wins to Calum Puttergill, Logan Mackenzie and Scott Puodziunas got things back on track before they closed out a win in the doubles.

A strong 4-2 win on Sunday confirmed a semis berth for the Sharks men, where they will meet the Sunshine Coast Breakers.

The Sharks women improved to a perfect 5-0 record on Saturday afternoon at Beenleigh Tennis Club with a 6-0 thumping of the Chargers highlighting the depth contained in their line up.

They backed this up on Sunday at Sunshine Coast Regional Tennis Centre steamrolling the Volt women to confirm their top seeding for the semifinal.

The Tennis Brisbane Chargers were decisive winners over Tennyson Volt on Friday winning both men’s and women’s ties 5-1. The Chargers victory was highlighted by a great comeback by Australian Junior Davis Cup representative Blake Ellis. Ellis trailed Brett Hunter 4-2 3-1 before coming back for a 2-4 4-3 4-3 victory.

The Chargers men went onto rebound from a first week loss to the Brisbane Sharks with a 4-2 win at Beenleigh. Oliver Anderson defeated Robert Smeets at the number one spot, but wins to Maverick Banes, Gavin van Peperzeel and Blake Ellis put the Chargers in pole position heading into the doubles. The tie was sealed when Banes/van Peperzeel combined to defeat Anderson and Puttergill.

The Chargers men ended the weekend strong, with a top of the table position for the semifinal. Unfortunately, the same was not to be said for the women, ending their campaign in third position in pool A.

The Blaze home crowd was out in force on Saturday afternoon to support their team as they took on the Tennyson Volt. The home advantage saw the women secure a 5-1 win overall, highlighted for the Blaze by a 4-0 start in singles with wins to Alicia Smith, Gabriela McLaughlin, Aleksa Cveticanin and Olivia Gadecki.

The team backed up on Sunday with a 4-2 win over the Tennis Brisbane Chargers to finish pool A in second position.

Results for their male counterparts proved much more difficult. After Friday’s loss, match ups against both the Volt and Chargers teams saw the end of their season.

Finishing with a round against Sharks on Sunday however was not going to be easy for the Tennyson teams, and resulted in both men’s and women’s sides bidding farewell for the year.

The North Conference semifinal will be played at Sunshine Coast Regional Tennis Centre on Friday December 4 at 6pm.

The final is scheduled at Queensland Tennis Centre on Sunday December 6, starting at 1pm.