Stars step out in style at 2015 Newcombe Medal

The blue carpet was not only the place to be seen at 2015 Newcombe Medal, it was an interview hot spot too. 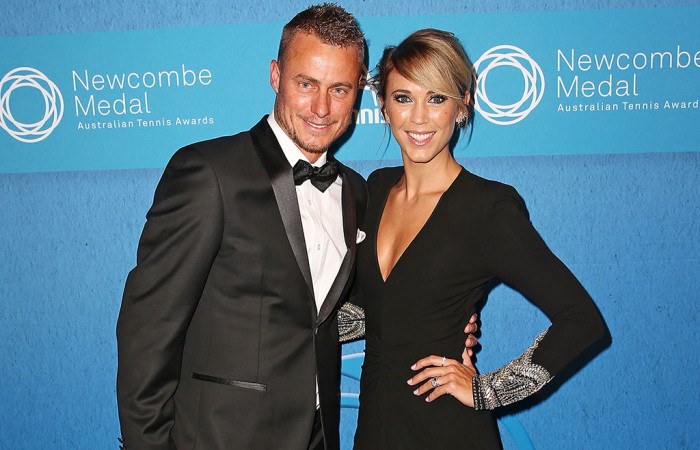 Some of the biggest names in Australian tennis stepped out in style tonight for 2015 Newcombe Medal, Australian Tennis Awards.

Looking immaculate as they strutted their stuff on the blue carpet, Newcombe medal nominees Sam Groth, Dylan Alcott, Sam Stosur and Thanasi Kokkinakis joined a host of tennis legends past and present at the prestigious awards.

But the Newcombe Medal, Australian Tennis Awards are about more than just the stars of the game; they celebrate the entire Australian tennis community. And it was perhaps fitting that the man himself, John Newcombe, summed up the spirit of the night so perfectly: “The Newcombe Medal is the night that is all about the grassroots of tennis in Australia.

As Newk’ made his way into the Palladium Ballroom at Melbourne’s Crown Entertainment Complex, Sam Groth was next onto the blue carpet with girlfriend Brittany Boys. For Groth, his nomination for the Newcombe Medal was yet another fillip in what has been an outstanding year.

“It’s a real honour to be nominated. If I did get the chance to win the medal it would top off a great year.”

Groth’s comments were echoed by fellow first-time nominee Dylan Alcott. “It’s the first time I’ve ever been to the Newks! I’m massively excited, and to be nominated for the big gong is great!”

The wheelchair star isn’t planning on resting on his formidable laurels in 2016 – far from it: “I’ve had a good year – it’s been awesome. Next year I really want to win that Gold medal in Rio. Not many athletes have won two gold medals in two different sports across two different games.”

Three-time Newcombe Medal winner Sam Stosur is another athlete who realised a milestone achievement in 2015, notching up her 500th career victory: “I had no idea that 500 was the number and I was surprised – it was a good milestone to reach.”

Looking dapper (as always), Thanasi Kokkinakis followed Sam Stosur down the blue carpet. The rising star of the ATP took a little time to answer a few non-tennis questions about his formidable social media following. “I try and keep it pretty low key – my dad gets angry at me because I’m on it more than I should be.

“It’s always good to have people follow you and look out for what you’re doing. It’s why we play the game – it’s an entertainment business. Hopefully they like what they see and I can keep entertaining them.”

One man who has been entertaining tennis fans for years is Lleyton Hewitt. The Aussie great – and former Newcombe Medal winner – was gearing up to enjoy his last night at the awards as a player: “It’s obviously great catching up with a lot of the past and present tennis greats. I’ve got a soft spot for Newk obviously and it was an honour to get my name on that medal.

“We’ve had so many great achievements throughout the year so it’s nice to go out there and enjoy a nice night.”

And with that, legends of the game past and present made their way into the ballroom to enjoy one of the highlights of the Australian tennis calendar.