American Asia Muhammad has won the biggest title of her career with victory at the Canberra Tennis International on Sunday. 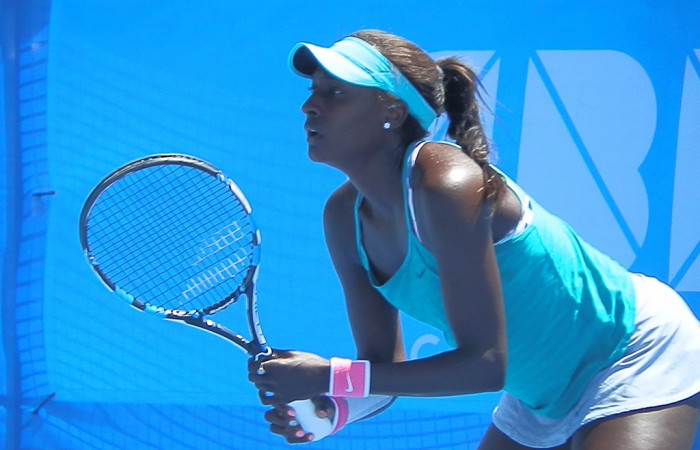 The win represents the first $50,000-level title for the 24-year-old American, who has been in strong form since arriving in Australia for the Pro Tour.

“It feels amazing,” Muhammad said. “There’s something about Australia that I just love. I don’t know if it’s because of my coach (Aussie expat Tim Blenkiron) or that I’m just really excited to be here.”

The big-hitting Muhammad controlled her opponent in the final, her ability to dominate rallies getting the better of the Japanese 21-year-old.

“At times I kind of overpowered her so that helped me out a lot,” Muhammad said. “I also knew if I mixed it up a little she wouldn’t really like that.

“I feel like I’m an awkward player but also very aggressive. Usually, if things are going smoothly, I want to hit big serves and attack with my forehand.”

In Saturday’s semifinal, Muhammad reversed her recent loss to Queensland’s Kimberly Birrell, taking out the talented teenager in a close three-set affair after squandering match points in the second.

“That was a really mental match for me. She came back and beat me in Brisbane and here she came back again. Some negative thoughts definitely came into my head but I managed to push them out,” she said.

Muhammad and Hozumi also squared off in the doubles final but this time it was the Japanese who claimed the title; pairing with compatriot Misa Eguchi, the top seeds defeated Muhammad and Lauren Embree in a titanic battle, 7-6(13) 1-6 [14-12].