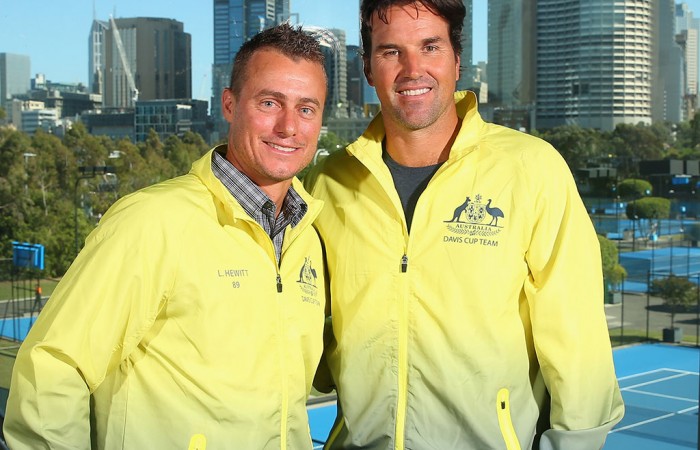 Two-time Grand Slam champion and former world No.1 Lleyton Hewitt will take over the reins from Wally Masur.

“It’s a role he has seemed destined to do, a role he was virtually born to do,” Tennis Australia President Steve Healy told assembled media in Melbourne today.

Another two-time Grand Slam champion and former world No.1 who knows what is required for the Davis Cup role is confident Hewitt will excel.

“He will do everything possible to bring the Davis Cup back to Australia,” Pat Rafter said. “You could not get someone more committed to success in this competition.”

Hewitt’s playing record in Davis Cup stands above all others.

In 41 ties spanning 17 years he boasts a 58-20 win-loss record, including a 42-14 record on the singles court. Hewitt has played the most ties over the most years of any Australian man, and holds the national records for most total wins and most singles wins.

The Davis Cup legend said: “I’ve been fortunate enough to work under some of the greatest Davis Cup captains in history.

“We have a rich tradition in Davis Cup, with so many great players. I want the young boys to understand that, and I’m proud to have been trusted to lead the next generation. For me, it’s about instilling my experience and helping the younger players be their best.”

His first assignment as captain will not be an easy one, with Australia drawn to host the United States in the first round of World Group competition next March.

Hewitt will commence his Davis Cup captaincy in the same fashion he made his playing debut in 1999, when Australia also faced the USA.

On that occasion Hewitt won both his singles rubbers – against Todd Martin and Alex O’Brien – to help Australia to a 4-1 victory over the home side.

Australia and the USA are fierce Davis Cup rivals, with Hewitt’s team second only to the red, white and blue on the all-time list of Davis Cup champions. Australia has won the prestigious title 28 times; the USA boasts 32 wins.