ANZ has announced an exciting Australia-China tennis exchange program in which two lucky juniors will get the opportunity to attend the Shanghai Rolex Masters. 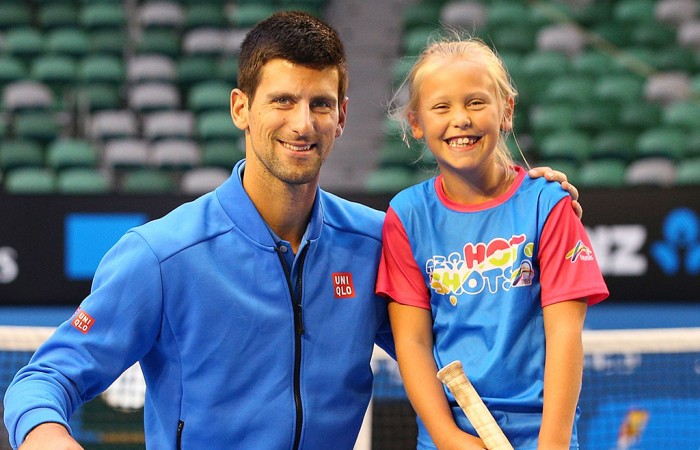 ANZ has announced it will send two up-and-coming tennis players from the ANZ Tennis Hot Shots program in Australia to China for the 2016 Shanghai Rolex Masters as part of an international sporting exchange.

This builds on a program already in place that saw junior tennis players from China visiting the Australian Open.

In January, two rising champions from ANZ’s Junior Tennis program in China attended the Australian Open tournament in Melbourne and participated in the ANZ Tennis Hot Shot of the Year program.

By broadening the exchange to bring Australian kids to China, ANZ hopes to improve ties and understanding at junior sporting levels.

“We’re committed to tennis across the region and by providing these opportunities for young people to forge connections we’re contributing to deepening the Australia-China relationship.”

Since early 2013, ANZ has been developing young talent and supporting the growth of tennis through its junior tennis program in China, which to date has involved around 1,200 participants from schools.

In Australia, more than 190,000 children are registered to the ANZ Tennis Hot Shots program.

On Wednesday around 100 children from the ANZ Junior Tennis Program participated in demonstration matches at Qizhong Tennis Centre in Shanghai to win the chance to be part of next year’s exchange.

Tennis legend Michael Chang said: “ANZ’s sponsorship provides an opportunity to support the development of junior tennis which is something very close to my heart. The fact that two young children will have the opportunity to travel and experience a very different culture and tennis environment is very exciting.”

ANZ was announced the International Banking and Finance partner of the Shanghai Rolex Masters for a five-year period in November 2012, extending its association with tennis beyond its successful partnership with the Australian Open, Asia-Pacific’s only Grand Slam.

ANZ is the only Australian banking corporation registered in China, and currently has branches in Shanghai, Beijing, Guangzhou, Chongqing, Chengdu, Hangzhou and Qingdao.