Aussies Sam Stosur and Daria Gavrilova have won through to the quarterfinals of the Hong Kong Open. 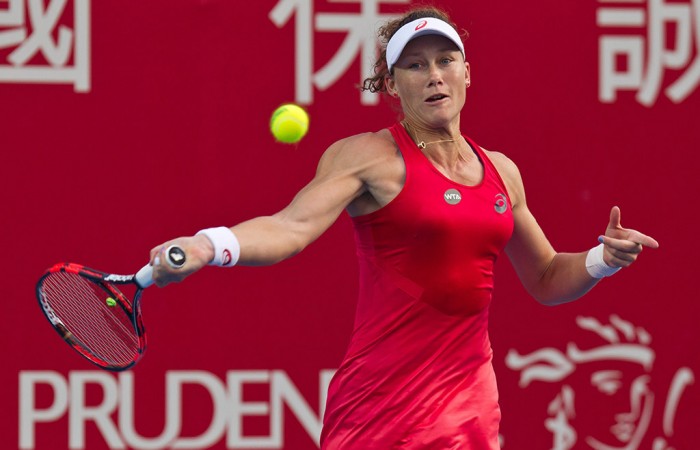 Australian Sam Stosur has won through to the quarterfinals of the Hong Kong Open with yet another victory over Monica Puig.

In other second-round action on Wednesday, sixth seed Daria Gavrilova beat Lara Arruabarrena of Spain 7-6(4) 6-1, joining her compatriot and sometimes practice partner Stosur in the quarters.

The Australian has set up a last-eight showdown with Britain’s Heather Watson, who’s survived a battle with qualifier Lee Ya-hsuan, winning 6-0 6-7(5) 6-4.

Another Aussie, Anastasia Rodionova, was dismissed 6-0 6-2 by No.4 seed Jelena Jankovic in 59 minutes.

Jankovic will next take on Gavrilova in an all-seeded quarterfinal battle.