Hewitt heaps pressure on Murray ahead of Davis Cup tie

Lleyton Hewitt has been talking up the burden of expectation resting on the shoulders of GB No.1 Andy Murray. 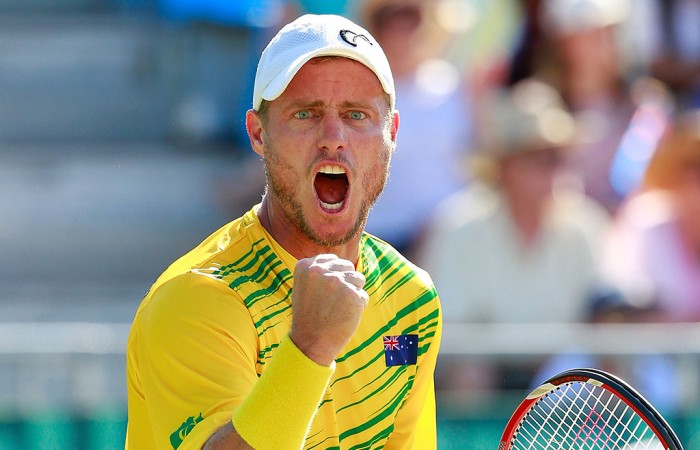 Lleyton Hewitt has been piling the pressure on Andy Murray ahead of Australia’s Davis Cup semi-final with Great Britain in Glasgow.

Hugely reliant on Murray, the Brits almost certainly need the world No.3 to win both his singles matches plus the doubles – if he plays – in order to reach the Davis Cup final for the first time since 1978.

Having carried the twin burden of singles and doubles on countless occasions himself, Australia’s longest-serving and most prolific Davis Cup performer says the heat is undoubtedly on Murray to deliver in front of his Scottish home fans.

“A lot of the pressure is obviously on Andy,” Hewitt said ahead of Thursday’s draw at the Emirates Arena.

“Whoever gets the opportunity to take him on on day one really has nothing to lose.

“You can go out there, free swinging, and play your game while Andy pretty much has to win that match in a lot of ways.”

Hewitt doesn’t mind who Masur puts his faith in for that first match.

“It is going to be a big rubber for them, I think, and these young boys are big-match players as well,” Hewitt said.

“Grothy and I teamed very well under massive pressure and got it done in July (against Kazakhstan) so we are going to be ready for the battle all weekend.

“We are going to try to come up with the best team to win three out of the five matches.

Masur has until an hour before Thursday’s draw in Glasgow to formalise his line-up, and Thanasi Kokkinakis is hungry for a chance to shine after losing his opening match against the Kazakhs on grass in Darwin.

“But it would be an unbelievable atmosphere to play here. That would mean I’d play Andy first up.

“It’d be crazy, an unbelievable experience for me and hopefully I get the call up.”

Victory over the Brits would vault Australia into either a home final against Argentina from November 27-29 or an away decider in Belgium.