Dellacqua, Shvedova into US Open semis

Casey Dellacqua and Yaroslava Shevdova have reached the semifinals of the US Open women's doubles, while Alex De Minaur has built a five-match winning streak in the juniors. 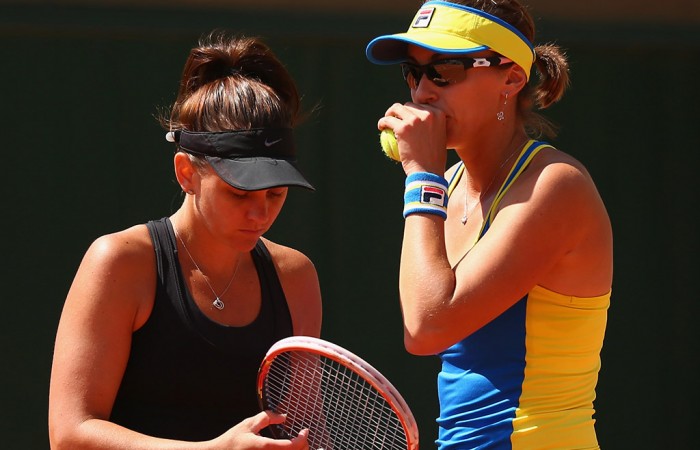 Casey Dellacqua and Yaroslava Shvedova have produced another deep Grand Slam run by reaching the semifinals at the US Open.

Mired in a tough battle in the third set, the players were forced off court in a lengthy rain delay at 2-2.

When they returned to the court, the Aussie-Kazakh pairing proved too strong, sealing victory when Dellacqua picked off a volley.

“It was great for us. Pretty much every match this US Open has been a real fight for us. I think as the tournament goes on hopefully we’re going to play some better tennis but even today against a tough team, we had to find a way to win so it’s really great,” Dellacqua said.

“Slava and I are really still a new team, we haven’t really been playing together that long. But so far, so good; we feel really comfortable with each other and it’s really good to win today and exciting to be in another semifinal of a Grand Slam.”

Dellacqua and Shvedova paired up for the first time in May in Madrid, and won the tournament.

Following that came a trip to the French Open final, a Wimbledon quarterfinal and then a run to the final in Cincinnati.

As a duo, their win-loss record is an outstanding 21-5.

“Our games complement each other; Slava is very athletic, a big girl. Obviously a lefty-right combination is always good. My game is quite different to the way she plays and that just really complements (us) and throws other teams off,” Dellacqua said.

“I think the main thing for me is the fact that I like the person and that I feel comfortable with them. We’re out there to win and enjoy it and to have a good time together and to be able to communicate.

“We’re a really good team and we’re gonna establish ourselves over the coming months as well.”

In the semifinals awaits the unseeded duo of Anna-Lena Groenefeld and Coco Vandeweghe.

Should Dellacqua and Shvedova advance, it would be the West Australia’s sixth Grand Slam women’s doubles final.

“My coach Stinger has watched them a fair bit … big hitters, big serves, big game, so I think we know what to expect,” Dellacqua said.

“I think we’ve got to take in some confidence that we’re a more established team … and have confidence in the fact that we’ve played with each other a bit in big moments as well, so I think that’s a big bonus for us.”

In another great result for Australia, 16-year-old Alex De Minaur advanced to the boys’ singles quarterfinals with an upset 7-5 3-6 6-3 victory over ninth seed William Blumberg of the United States.

De Minaur, a qualifier, has now won five matches on the trot.

He will next face No.2 seed Michael Mmoh of the United States.

Another Aussie, John Peers, remains alive in the men’s doubles event; he and Scottish partner Jamie Murray will take on Americans Steve Johnson and Sam Querrey on Louis Armstrong Stadium on Thursday.

Dellacqua and Shvedova’s semifinal will follow that of Peers and Murray on Armstrong.

> ORDER OF PLAY: view the full Day 11 US Open schedule