Paying tribute to Lleyton Hewitt in the Aussie champ's last US Open, Roger Federer has lauded the example set by Hewitt earlier in their playing careers. 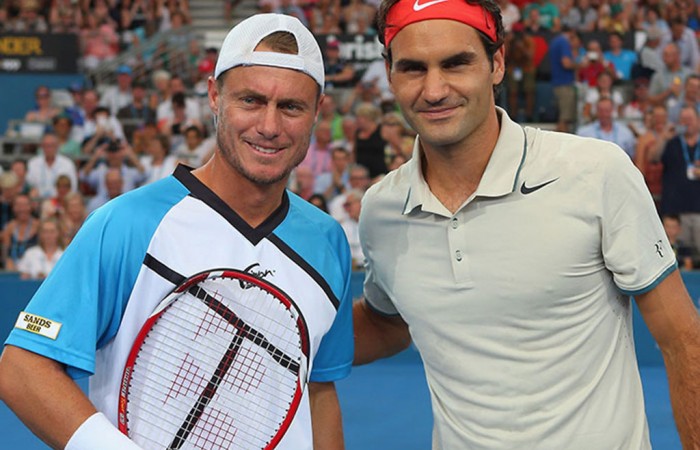 Roger Federer lauded Lleyton Hewitt for showing him “how it’s done” after his career-long friend and foe bowed out of the US Open for the last time.

Hewitt and Federer, a pair of 34-year-old fathers of three and four, have been clashing since they were 15 and played doubles together on their Wimbledon debut as teenagers in 1999.

As Hewitt rose to become the youngest-ever year-end No.1 following his Grand Slam breakthrough at Flushing Meadows in 2001, Federer took a few years longer to flourish.

The great Swiss lost seven of his first nine encounters with Hewitt but now leads their head-to-head series 18-9.

“He was a big challenge in my career, to understand how in the world can you be so tough physically and mentally at such a young age,” Federer said on Thursday.

“I think he really changed things around and showed me how it’s done. He made me work harder in practice, get my act together on the court, play tough but fair.”

In recent years, Federer and Hewitt have turned practice partners before the season’s four majors.

“I thought he changed the game to some extent,” Federer said.

“He can be very proud of that because he was the player which just wouldn’t miss, best counter-puncher we’ve ever seen almost.

“It was just fascinating to see.”