Bernard Tomic will take on Lleyton Hewitt in an all-Aussie affair after Tomic came through a tough four-set battle over Damir Dzumhur at the US Open. 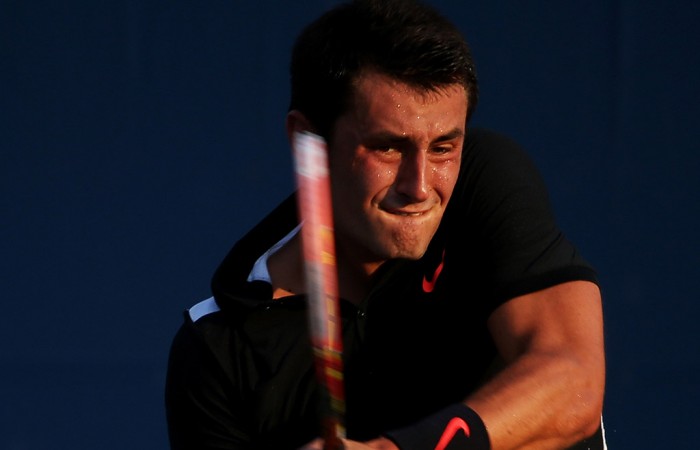 Update 12.55pm: Bernard Tomic has shrugged off a persistent opponent to book his place in the second round of the US Open.

There, he will meet compatriot Lleyton Hewitt in an all-Aussie affair at Hewitt’s last appearance at Flushing Meadows.

The pair – friends and frequent practice partners – have never before met in a professional match.

Tomic made that possible with a 5-7 7-6(4) 6-4 6-3 victory over Bosnia’s Damir Dzumhur late on Tuesday evening at Flushing Meadows.

Forced to play a succession of gruelling points in the humid weather of New York, Tomic nonetheless had a little too much firepower and Grand Slam experience for the world No.98.

“It was not so easy. He played very very good in the first set. He was making a lot of balls and for me it was a tough match,” Tomic said.

“I wasn’t playing my best but that it was a grind for me. I had to stay there mentally and physically. Felt like I did a very good job but now I’m suffering, I’m very tired. Hopefully I can turn that round.”

Tomic, the 24th seed, and Hewitt, a former champion yet wildcard entry in 2015, will face off on Thursday.