Daria Gavrilova will find herself up against a lucky loser after her expected first round opponent - world No.3 Maria Sharapova - withdrew from the US Open. 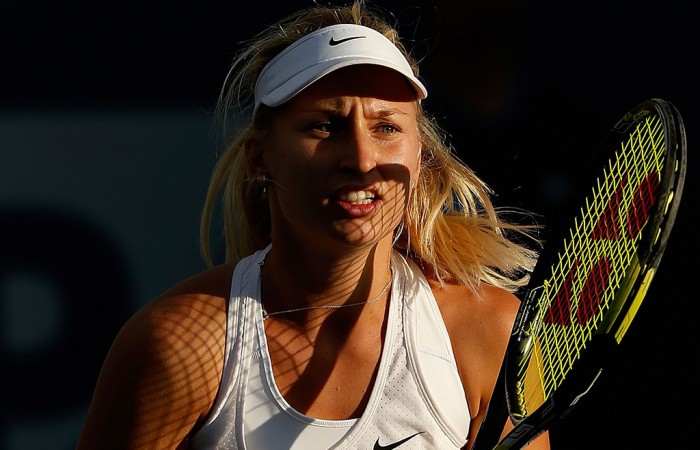 Maria Sharapova’s withdrawal from the US Open will bring welcome relief to Australia’s Daria Gavrilova.

The Melburnian was due to meet the tournament’s No.2 seed in the opening round but will now meet lucky loser Daria Kasatkina.

Five-time major champion Sharapova pulled out on the eve of the tournament citing a leg injury.

The Russian has not played a match since losing to Serena Williams in the Wimbledon semifinals in July.

She withdrew from hardcourt tournaments in Toronto and Cincinnati in August, citing a right leg strain.

“I’ve done everything I could to be ready. “There’s nothing more that I could have done.”

It’s the second time in three years that the 2006 champion has withdrawn from the year’s last Grand Slam event.

The Sharapova-Gavrilova contest was scheduled for the last match of the day on Louis Armstrong Stadium; the match between Gavrilova and Kasatkina will now take place on Court 11.

> Aussies in action: US Open Day 1

Gavrilova and Sharapova had split meetings in 2015, with Gavrilova stunning the world No.3 in Miami in March.

With wins over Australian No.1 and former US Open champion Sam Stosur, French Open runner-up Lucie Safarova and former French Open finalist Sara Errani in the past month, Gavrilova almost nabbed a seeding at Flushing Meadows.

“I had a good US Open series,” said the world No.37 with a bullet, speaking in New York on Saturday.

“I played a few top-10 players and lots of good players and I think I’m playing pretty well and I’m confident.”