With final-set tiebreaks a unique Grand Slam feature of the upcoming US Open, DAN IMHOFF explores the origin, composition and significance of the tiebreak in tennis. 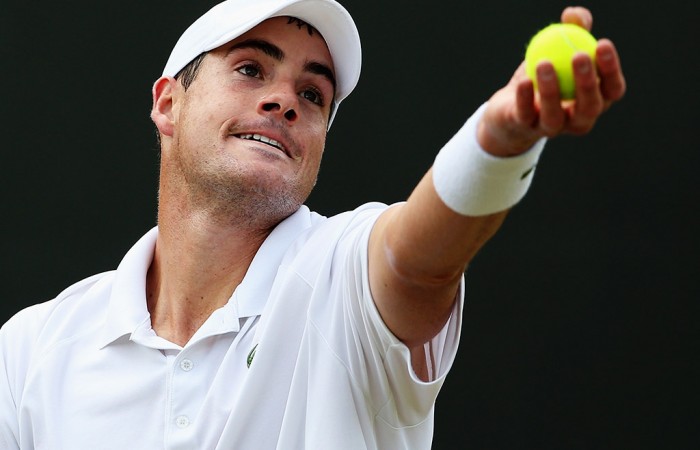 They’re the penalty shoot-out of tennis.

They ease the burden of scheduling nightmares for tournament directors and television broadcasters but for the player it can be a lottery of sorts, adding a whole new element of pressure.

The tiebreak has long divided fans and players alike. Some prefer the traditional advantage set – winning by two games – in a deciding set while others enjoy the quick-fire excitement generated when a match hinges on a deciding ’breaker.

The brainchild of James Van Alen, the American had proposed a variation of the tiebreak in the 1950s to shorten matches being dominated by big servers, such as Pancho Gonzalez, on quicker surfaces.

It was not until 1965 that his nine-point sudden-death scoring system was used at six games all for the first time, with a red flag raised courtside to signal when one was about to be played.

The “seven-point tiebreak” as we know it first became an official part of the game’s scoring system in 1971. It was in that year the tiebreak was introduced at Wimbledon when the game score in any set except the final set reached 8–8. In 1979, the All England Club changed this to be played at 6-6.

Tiebreaks become a measure of confidence under pressure and maintaining a level head often proves the difference for the top players, who usually have among the best tiebreak records.

With so little margin for error in the tiebreak, having a big serve is considered an advantage when cheap points become all the more crucial.

For 6’10” American John Isner, though, he considers it added pressure on his returning points should his chief weapon let him down.

“[Tiebreaks] favour me a bit, given I can get free points on my serve,” Isner said. “I serve extremely well and I’m a tough player to break no matter who I’m going up against. But at the same time, my advantage on my serve is sort of sometimes a disadvantage in the other areas of my game. When it comes down to a situation like a tiebreak, I usually have a bit more adrenaline. I’m a little more keyed in on my serve.”

Isner enjoyed a winning streak of 12 consecutive tiebreaks last year but it is Frenchman Gael Monfils who has the best winning percentage over the past 52 weeks, with a tiebreak win-loss record of 19-6 (76 per cent). Few surprises, the serve-heavy game of Milos Raonic has led the Canadian to playing a tour-leading 67 tiebreaks over the corresponding period, winning 48 (71 per cent) of those.

Dogged Italian Sara Errani defies the trend of big-servers at the top end of the tiebreak stats sheets on the WTA Tour. While she lacks the big serve her consistency is a huge factor when under pressure. She has a tour-leading 13-9 win-loss record for the year, for a 68 per cent winning ratio.

Czech lefty Lucie Safarova has played a tour-leading 28 tiebreaks for the year, winning 12 (43 per cent) of those. On her run to a maiden Grand Slam singles final in Paris, Safarova set a new WTA Tour record in the process, winning six tiebreaks from six contested.

How does a tiebreak work?

Once games are level at 6-6, the first player or team to reach seven points with a two-point advantage wins the “seven-point tiebreak”, and with it, the set.

The player due to serve begins the tiebreak with the first point served from the right, or deuce court. The opponent then serves two consecutive points starting from the left, or advantage court, and thereafter the serve rotates following every two points.

At the end of the tiebreak, players change ends for the start of the next set as with any odd number total games.

In a further move to shorten the length of some matches at the Grand Slam events, in 2001 the Australian Open replaced the final set of mixed doubles matches with a match tiebreak.

Where teams are locked at one set all, this deciding tiebreak is played, however it is first to 10 points with a winning margin of two points, instead of first to seven.

Despite initially copping flak for the move, the US and French Opens have since followed suit using a match tiebreak in their mixed doubles events, while the ATP and WTA tours now use it in place of a third set in all doubles matches.

Wimbledon, the Olympic Games, Davis Cup and Fed Cup still do not use a tiebreak in any deciding sets.

And for the players who hold the record in these penalty shoot-outs of the game, for the longest tiebreak in professional tennis? That belongs to an unheralded pair from Monaco for their 70-point (36-34) marathon.

While not not considered official as there was not a chair umpire present, then-world No.636 Benjamin Balleret beat unranked compatriot Guillaume Couillard at a Futures event in Florida two-and-a-half years ago, 7–6(34), 6–1.

The next closest was a 38-point ledger, with Goran Ivanisevic (twice), Bjorn Borg, Roger Federer and Andy Roddick all claiming tiebreaks 20-18.

That makes for a lot of opportunities gone begging on both sides of the net.