A day after beating Sam Stosur, Daria Gavrilova has scored another impressive win - this time over No.7 seed Lucie Safarova at the WTA Rogers Cup in Toronto. 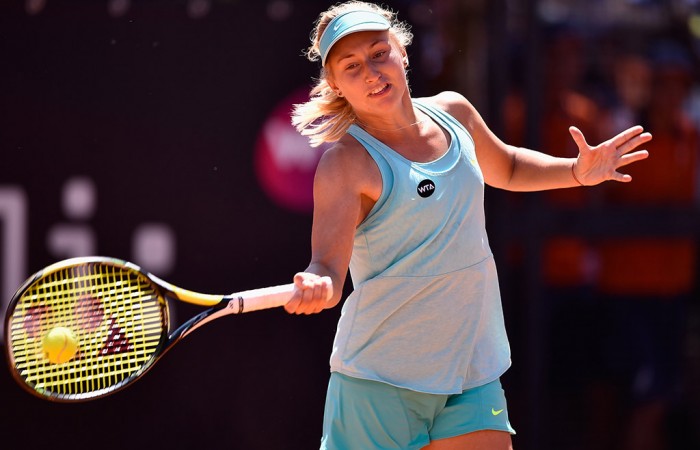 Daria Gavrilova has continued her impressive run at the WTA Rogers Cup in Toronto with an upset victory over No.7 seed Lucie Safarova.

Gavrilova overcame 10 double faults and the loss of the first set to beat the Roland Garros finalist 4-6 7-5 7-5 in nearly two-and-a-half hours.

It is Gavrilova’s third top 10 win of the season; in Miami she ousted second-ranked Maria Sharapova while in Rome she scored a gritty win over then world-No.7 Ana Ivanovic.

And it continues a career-best season for the Melbourne-based Gavrilova, who has surged in the rankings from 231st in January to inside the world’s top 40.

Next up for the Aussie in Toronto is Italian Roberta Vinci, with the winner booking a likely quarterfinal showdown against Serena Williams.

Gavrilova and Vinci have never before met.