Australia will attempt to reach its first Davis Cup final in 12 years when it takes on Great Britain at Glasgow's Emirates Arena in September. 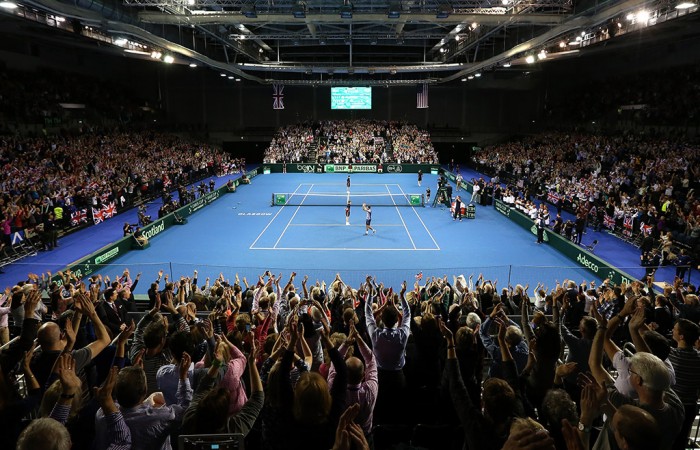 Expected to be lead by Scot Andy Murray, the British team will return to Glasgow for the second time in 2015 after beating the United States at the same venue in the first round.

The hosts will lay down an indoor hard court for the tie.

“A semifinal between traditional rivals Australia and Great Britain in Glasgow will have an incredible atmosphere, and I hope the crowd brings their bagpipes!

“Our boys are really fired up and big ties like this, with passionate supporters on both sides, are the ones you remember as a player for the rest of your life.

“We expect and hope the Brits will be led by Andy Murray, and we look forward to some tough competition. And we’ll do everything we can to win.”

It is the first time Australia and Great Britain have faced off in Davis Cup play since 2003, when the Aussies were victorious in a World Group first-round tie in Sydney.

This is Australia’s first appearance in the semifinals of the competition since 2006.

The team reached this stage after a come-from-behind victory over Kazakhstan in Darwin in July, a squad featuring Lleyton Hewitt, Sam Groth, Nick Kyrgios and Thanasi Kokkinakis.

The team nominations for the Australia v Great Britain semifinal will be announced 10 days out from the tie.